Vodafone’s major milestone in building network of the future Featured 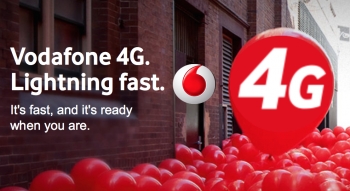 Vodafone’s major core network milestone sees it promising an enhanced 4G experience for reliable downloads, uploads and streaming, with the next step a vault towards VoLTE.

As the days of Vodafail pale into the recesses of our memories, Vodafone’s network has been steadily improving, especially when it comes to the 4G side of things.

Part of the global Vodafone telco empire, its Australian division has now announced that, as part of reaching a major milestone in its core network upgrade, all of its customers are now using the new network for 4G data sessions.

Presumably due to that 4G caveat, 3G and 2G customers are still using the old network for 2G and 3G data sessions, but with 4G the focus for most individuals and business users in the areas that Vodafone offers 4G coverage, this is good news.

Also a winner today is global telco enabler Ericsson, whose technologies Vodafone is using, with Ericsson’s help, to build the ‘network of the future.’

“Our new core network offers greater agility and flexibility, and for customers that means a better 4G experience.

“Through our investment, we’ve created a strong, stable and reliable network, and we’re now building on that with the expansion of our new world-class core network.”

As for Vodafone’s vault later this year into the world of VoLTE, or Voice over LTE, Hanssen added: “We’re seeing customer demand for fast 4G data continuing to grow. VoLTE will allow customers to stay on the 4G network when taking or receiving voice calls, instead of switching to 3G.

“One of the exciting benefits of VoLTE is that customers will be able to multi-task on 4G on their smartphone.

“For example, if a customer wants to browse the net while having a conversation on the same device, they’ll still have access to fast 4G data speeds.

“Our network is continually growing and evolving, and we’re committed to delivering for our customers a network which is fast, reliable and versatile.”

Of note is the fact Vodafone made no mention of ViLTE, or Video over LTE, but first things first - giving its customers a jolt from a VoLTE volt is the precursor to a vault into ViLTE anyway, so let us not make Vodafone feel too guilty over its non-mention of ViLTE.

For those keeping score, Vodafone says its 4G network ‘reaches 96% of Australia’s metropolitan population,’ which isn’t all of Australia’s population but simply that in metro areas, so hopefully Vodafone does have plans to put pedal on the gas to eventually cover, with 4G, more of Australia’s land mass.

Until then, Vodafone’s network improvements are a welcome addition to improving Australia’s 4G connectivity which we hope its customers will feel as they use their smartphones, tablets, 4G dongles and hotspots from today onwards!

More in this category: « 160 trillion annual mobile and online messages by 2019 BT selected to manage insurance group’s global network »
Share News tips for the iTWire Journalists? Your tip will be anonymous