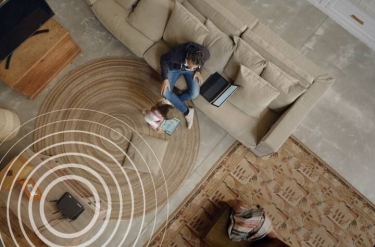 Steps taken by NBN Co and service providers meant that broadband speeds and connectivity held up well during May 2020 despite a big increase in the use of video conferencing and streaming services due to COVID-19, according to the ACCC.

Australia’s competition regulator the Australian Competition and Consumer Commission said in a report released on Tuesday that NBN broadband services “held up during May when Australians were increasingly dependent on video-calling for work, education and connecting with family and friends because of the pandemic”.

“Now the NBN roll-out has reached the majority of Australians, it is timely to look at the integral role broadband has played in supporting Australians at this critical time,” ACCC Chair Rod Sims said.

“This report details how well NBN broadband services held up during May when Australians were increasingly dependent on video-calling for work, education and connecting with family and friends because of the pandemic.”

“Google Meet, Microsoft Teams, and Skype used Australian-based servers, and performed better due to lower latency, while GoToMeeting, Webex and Zoom recorded latency ten-times higher, or worse, due to their servers being located in Singapore, the Netherlands and United States, respectively,” the report notes.

The ACCC notes that latency refers to the delay in receiving and responding to data and is dependent on the distance to servers where applications are hosted - with longer delays, or higher latency, likely to lead to “disjointed conversations during a video call”.

According to the ACCC report, consumers in Western Australia enjoyed the lowest latency using Skype as it was hosted on local servers, while slower test results for Google Meet and Microsoft Teams in WA were consistent with those servers being hosted on the East Coast.

The report also found that streaming services such as Netflix and YouTube usually downloaded faster in May 2020 than during February 2020.

“NBN Co’s decision at the outset of COVID-19 restrictions in March to offer retail service providers 40% extra network capacity for no extra cost was a major factor in preserving the quality of broadband services for consumers,” Sims said.

“The faster broadband speeds in the report show the NBN could have delivered more streamed content in May 2020, which is good news for consumers as streaming providers move to restore their usual picture quality.

Results from seven of the eight RSPs tested were used for the video streaming analysis, and the ACCC says MyRepublic was excluded from the aggregate analysis as its results varied significantly from the other RSPs due to its different network topology. “All collected data concerns test communications that were initiated by the Measuring Broadband Australia (MBA) testing device, which does not involve monitoring or logging user activity.”

The ACCC says it will release further Critical Service Reports, as well as the regular in-depth quarterly MBA report, later in 2020.

The ACCC’s previous report showed that quick work by the telecommunications industry ensured download speeds recovered quickly after the initial shock of the pandemic.

“High network demand has continued, and this monthly update shows that telcos and network providers have successfully adapted to these changes, providing high-quality broadband connections to Australians at a time when they are needed most” said Communications Alliance chief executive John Stanton.

“Video conferencing and streaming are key services as Australians conduct more of their daily activities online and greater proportions work from home.

“Reliable broadband speeds are an important part of this ‘new normal’ we’re establishing, and we continue to be pleased by the consistently positive results shown in the ACCC’s report.

“If anyone is struggling with their telco bill, they should contact their RSP – this is a challenging time for everyone, and all providers have Financial Hardship assistance available to customers who need it,” Stanton concluded.

More in this category: « Optus drops 20% off selected plans for users in regional areas NBN Co turfs out 800 staff as COVID-19 surges again »
BACK TO HOME PAGE
back to top