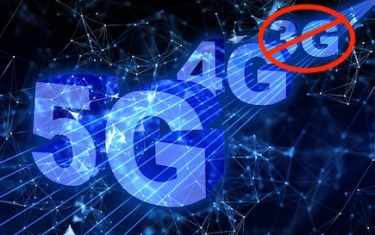 In Australia, Telstra is shutting off its 3G network in June 2024, after already having switched off 2100MHz 3G services in 2019, while in the US, Verizon will switch off its 3G CDMA network at the end of 2022, generally so that 3G frequencies can be redeployed for 5G.

Verizon was initially due to shut off its 3G network in 2019 but this has been delayed more than once, and now to the end of 2022, with Verizon stating this date won't be extended any further.

Verizon reports only 1% of customers still using 3G, and it no longer activates 3G only devices.

In Australia, Telstra has already switched on 850MHz low-band 5G, deployed from its 3G "Next G" service, and the telco has announced that July 2024 is when its 3G network will be switched off completely, with 4G smartphones needing HD Voice compatibility to continue making calls, or they'll be limited to data only access to the 4G network.

WhistleOut points to Optus nor Vodafone having announced any firm shutdown dates as yet, although it notes that Vodafone phased out 2100MHz 3G connectivity during 2019, as did Telstra.

Verizon notes that since 2016, it has stated publicly that it is "actively decommissioning" its 3G CDMA network. Initially, we announced we would close down our 3G network in 2019" but this has been extended twice "in order to care for our customers and give them every effort to minimise disruptions to their service as they move to newer and more advanced technologies."

The company says it has "worked for the past several years to help those who still have 3G devices transfer to devices capable of accessing the 4G LTE or 5G networks and continue to actively work with remaining 3G customers to migrate them to new devices and technology.

"As a result of those efforts, we can now report that more than 99% of our customers are using the enhanced features of 4G LTE or 5G, with less than 1% still accessing the 3G network.

"We’ve already communicated to customers that we are no longer allowing devices that are not 4G LTE capable to be activated on our network, so the focus now is the smooth migration of the remaining 3G devices in the market onto 4G LTE or 5G capable products and services. Additionally, we’ve already developed migration plans with most of our business customers to ensure any 3G devices they have in vehicles and equipment have been migrated to 4G LTE or 5G technology as soon as possible.

"Customers who still have a 3G device will continue to be strongly encouraged to make a change now. As we move closer to the shut off date customers still accessing the 3G network may experience a degradation or complete loss of service, and our service centres will only be able to offer extremely limited troubleshooting help on these older devices."