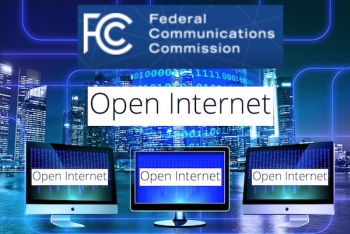 The US Court of Appeals for the District of Columbia Circuit has announced in a judgement overnight that it has upheld the FCC’s "Open Internet Rules".

Back in February 2015, the US Federal Communications Commission, or FCC, voted for its contentious "Net Neutrality" rules, designed to, among other things, prevent blocking and throttling of content, and banning content companies from doing deals with ISPs to deliver content faster.

There were naturally cries that this was a bad outcome for the Internet and businesses, and as often happens in the US, court cases ensued. There ish more information on the FCC’s "Open Internet rules" here.

FCC chairman Tom Wheeler issued a statement stating: “Today’s ruling is a victory for consumers and innovators who deserve unfettered access to the entire Web, and it ensures the Internet remains a platform for unparalleled innovation, free expression and economic growth.

“After a decade of debate and legal battles, today’s ruling affirms the commission’s ability to enforce the strongest possible internet protections — both on fixed and mobile networks — that will ensure the Internet remains open, now and in the future.”

The court wrote: “Petitioners and their amici offer various grounds for distinguishing broadband service from other kinds of common carriage, none of which we find persuasive. Telegraph and telephone networks similarly involve the transmission of speech. Yet the communicative intent of the individual speakers who use such transmission networks does not transform the networks themselves into speakers."

However, just because a court has made a ruling does not indicate any kind of finality in the US court system, or at least, not until you generally get to the Supreme Court.

CTIA chief executive Meredith Attwell Baker said in a statement: "The wireless industry remains committed to preserving an open Internet and will pursue judicial and congressional options to ensure a regulatory framework that provides certainty for consumers, investors and innovators.

"For the US to remain the global mobile leader, we need rules that help promote consumer access to 5G and the Internet of Things without subjecting the wireless industry to investment-chilling public utility regulation. In the interim, we urge the FCC to support innovative new services, like free data, that benefit consumers and reflect the highly competitive mobile market."

The court’s ruling can be read here in full as a PDF.

Not everyone at the FCC is pleased, however with FCC commissioner Michael O’Reilly stating: “The DC Circuit’s decision is more than disappointing, but I expect it to be appealed to the US Supreme Court so this opinion is not necessarily the final say. If allowed to stand, however, today’s decision will be extremely detrimental to the future of the Internet and all consumers and businesses that use it. We all will rue the day the commission was confirmed to have nearly unmitigated power over the Internet – and all based on unsubstantiated, imaginary ‘harms'.

"More troubling is that the majority opinion fails to apprehend the workings of the Internet, and declines to hold the FCC accountable for an order that ran roughshod over the statute, precedent, and any comments or analyses that did not support the FCC’s quest to deliver a political victory. It also confirms why every parliamentary trick in Congress was used to pack this particular court.”

In the meantime, the battles to come will clearly be anything but neutral!

More in this category: « IA supports Labor NBN review, wants end to all political ‘short-termism’ Alert: Check medical alarms are NBN compatible »
BACK TO HOME PAGE
back to top