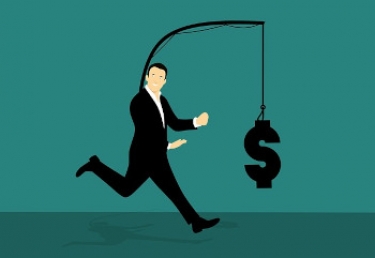 The union that represents workers and contractors at NBN Co has described as "appalling" the fact that three-quarters of the staff are senior employees who earn six-figure salaries, while hundreds of jobs at base levels have been slashed.

"The announcement to axe 800 jobs was made in July – with many of those job losses to impact on essential network design and construction jobs.

"The Federal Government's NBN Co is axing over 800 jobs at a time when Australians are relying on the service more than ever, not to mention that we're in the middle of a national unemployment crisis.

"The Federal Government's latest budget is supposedly all about jobs – so why are they not intervening to protect these vital jobs from the chopping block?"

The report, in the Nine Entertainment newspapers, said more than 850 employees were paid above $200,000 annually and more than three-quarters earned six-figure salaries.

Said Murphy: "​Furthermore, NBN Co contracts work to their 'delivery partners' who then sub-contract that work to their 'principle contractors' who then either subcontract it again, or hire low-paid, underskilled workers to complete a job they haven't been properly trained to perform.

"Instead of throwing money into the NBN Co's currently broken system, we need to invest in an effective employment model. What we have at the moment is a Government endorsed pyramid scheme."

"It's not the workers' fault that they're not being offered the training, pay or hours sufficient to get the job done. Nor is it the customer's fault for being furious about delayed, failed and shonky installations," said Murphy.

"It's become so bad that everyday people are avoiding switching to the NBN altogether, over fear that they'll be in the same boat – stuck with an inferior connection, or none at all. It's a pretty dire situation when, in many cases, legacy internet infrastructure is better than the new, which is billions of dollars over budget, as it is."

The NBN Co has been losing money right from the start and is now expected to cost about $57 billion.

Murphy said: "At each stage of the way, the 'delivery partners' get to wipe their hands clean of the mess they've made for customers, all the while pocketing cash and looking the other way. It's a system that is clearly failing customers, it's failing workers and it's failing taxpayers.

"The only winners are these middlemen who sit back and rake in the profit with no accountability for the mess they create – at the expense of taxpayers and the end user.

"The Federal Government needs to step in and fix this problem immediately. This NBN project has been riddled with issues from the very beginning.

"We are calling for the Federal Government keep NBN Co employees, who are not eligible for JobKeeper payments, out of the dole queue. Sacking communications workers during a time of national crisis is ludicrous.

"We're also urging the government to throw the current pyramid model in the bin and for replace it with a direct employment model that delivers equity value to both workers and taxpayers."

More in this category: « Telstra's new video shows its 5G download speeds are faster, but where's the upload comparison, too? Optus offers 5G mobile services to wholesale partners »
Share News tips for the iTWire Journalists? Your tip will be anonymous