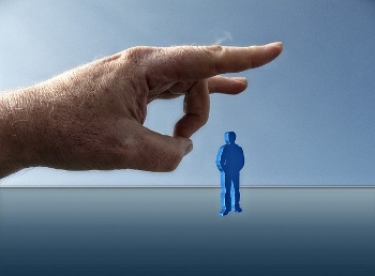 The Communications, Electrical and Plumbing Union of Australia, the body that represents workers who are employed by NBN Co, the company that is rolling out the country's national broadband network, has called on the Federal Government to reconsider the axing of 800 jobs at the company in the middle of a pandemic when people are more reliant on the network than ever.

CEPU national assistant secretary James Perkins said the NBN Co's to sack people at this time was "a disgrace".

"Today's [Thursday's] consultations with NBN Co have vindicated our concerns that these job cuts are going to have major impacts on the reliability and effectiveness of our national communications network.

"This move will not only put the communications services of Australians at risk at a time when we're relying on it more than ever, but it will also force an additional 800 workers into unemployment in the midst of a national unemployment crisis.

"On a day when we hear that more than a million Australians are out of work, we are calling for the Federal Government keep NBN Co employees, who are not eligible for JobKeeper payments, out of the dole queue. Sacking communications workers during a time of national crisis is ludicrous."

James said Prime Minister Scott Morrison and Treasurer Josh Frydenberg had been talking about the need to protect jobs and stimulate the economy right from the start of the pandemic.

"Yet here they are putting hundreds of their own workers out of work, robbing them and their families of money that would normally be going back into the economy," he said.

"We're not talking about a struggling local store here – at the end of the day this is the Federal Government's flagship Internet project.

"Telstra has today [Thursday] announced that they are again delaying their T22 job cuts for an additional six months – so no cuts until February 2021 at this stage, in recognition of the global pandemic and the national unemployment situation.

"If Telstra can do that, a Federal Government employer should be doing the same. There are plenty of opportunities for those still employed by NBN Co to be working through the plethora of service issues being experienced by households and businesses across the country.

"We all know the NBN is far from perfect – it's been a disaster since the Liberals shifted to their second-rate multi-technology-mix model, which has left many households and businesses with slower speeds and connections more volatile than the legacy platforms they migrated from. NBN Co surely can't claim that their job is done and that the system is running smoothly. Australians know that's rubbish.

"It's totally shambolic, but at the end of the day the NBN is an essential service, now more so than ever. You can't expect to axe hundreds of jobs and keep the system working as it currently is.

"The Federal Government needs to step in and fix this problem immediately. This NBN project has been riddled with issues from the very beginning. This is just the latest disaster to hit it."