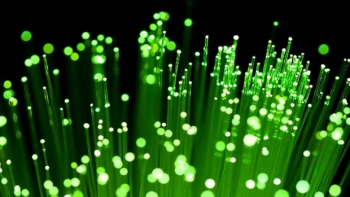 Telstra has confirmed Ericsson as its continued supplier for optical transport equipment and services. It builds on previous agreements, and now includes equipment from optical specialist Ciena.

Telstra had already signed an agreement with Ericsson at the Mobile World Congress in February to use optical technology to expand the capacity of Telstra’s metropolitan, regional and inter-capital long-haul optical networks.

The new agreement also includes the provision of gear from optical specialist Ciena, with whom Ericsson signed a strategic agreement in February, under which Ericsson will sell and support Ciena’s optical products and collaborate on technology development.

The value of the contract was not disclosed, but will be substantial, and is understood to be one of the largest optical networking contract Ericsson has signed globally. Equipment Telstra will purchase under the three years of the agreement will include optical technology to enable capacity expansion over Telstra’s existing optical fibre plant in order to satisfy increasing demand for bandwidth in the domestic and commercial sectors. Telstra gave expanding demand for cloud as a driver for Telstra’s network expansion.

“We want to have one of the world’s best optical networks,” said David Robertson, Telstra’s director of transport and routing. “This agreement will provide us with the ability to dynamically move and shape transport capacity, with the flexibility and scalability to streamline our network operations.

“This will help us ensure a consistent satisfactory customer experience, despite the demands for high traffic across different parts of the transport network. The continued improvement of Telstra’s optical technology will increase bandwidth capacity and also lower latency which is of growing importance as more and more operations move to the cloud.”

Håkan Eriksson, head of Ericsson Australia and New Zealand told iTWire that the aim of Ericsson’s work on SDN so far has been to test what aspects of the technology can bring network and customer benefits.

“This has included the completion of a proof of concept trial of SDN service chaining. That work has shown us that we can more effectively route traffic around the network, because we don’t need to integrate a service into every network element.

“We have worked with Telstra over a number of years to pilot the latest cloud networking technologies incorporating SDN and NFV. The new agreement ensures that we can begin to introduce this functionality into the Telstra transport network throughout Australia.”

“More so than ever, we’re seeing the value of an ecosystem model prove out as the transition continues toward networks that scale and adapt to network-level applications and services,” said Ciena’s Philippe Morin.

“We are delivering on that promise through our partnership with Ericsson, bringing customers best-in-class solutions that address the evolving requirements for open, programmable, software-defined networks.”

More in this category: « Turnbull optimistic on NBN pricing Dodo dead all day across Australia »
Share News tips for the iTWire Journalists? Your tip will be anonymous