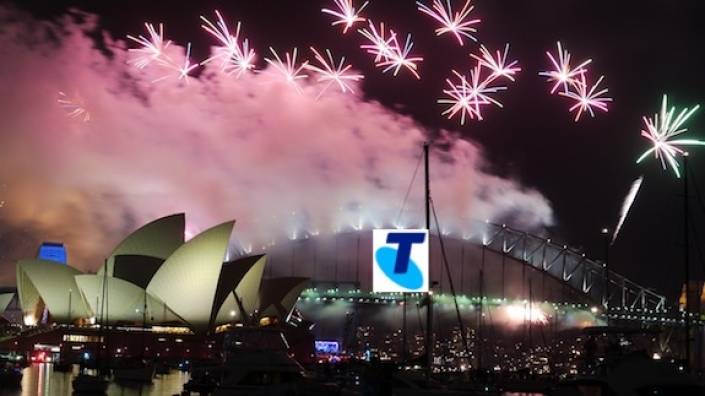 Telstra predicts Aussies will download 1500 TB of data on its mobile network this New Year’s Eve period, "the equivalent of one person continuously watching 57 years of high definition content".

Whether it is watching the amazing fireworks displays across the country, parties with friends and family, a night out on the town or relaxing at home compiling the annual list of New Year’s resolutions, Telstra knows that "Australians love to share their New Year’s celebrations with families and friends".

Telstra makes these kinds of predictions each year, as you can see here for NYE 2016, and earlier for NYE 2015, with each year's data figures and numbers of mobile calls getting bigger and bigger.

“The amount of data we predict to be downloaded on New Year’s Eve is the equivalent of one person continuously watching 57 years of high definition content,” he said.

“Throughout the year we have seen data usage continue to grow on our mobile network through the increasing demand for news and entertainment, the use of social video applications and more access to high-speed 4G and 4GX technology.

“At special times of the year, like New Year’s Eve, we can share our celebrations with family and friends no matter where they are, which helps make these events even more memorable.”

In past years, telcos announced they would be placing micro-cells in popular NYE hotspots, but this kind of activity must now be so natural that telcos don't bother giving us this detail any more.

Or perhaps networks have improved so much, alongside whatever pre-5G enhancements are being made to networks and towers that perhaps the need for micro-cells has lessened; but without the telcos being more forthcoming about the kinds of preparations they make to handle the towering tsunami of traffic, it's just speculation.

Indeed, I'll forward this article to the Telstra spokesperson that sent me (and other journalists) the details above, but my guess would be that telco networks need all the help they can get to keep networks running smoothly.

That said, my suspicion is that the crucial few minutes before and after midnight will surely overwhelm networks to some degree as they always seem to, given the ginormously colossal demands consumers make on the telco networks we all take for granted these days.

So, may you have a technologically terrific New Year, filled with as many messages, videos, phone calls, gadgets and goodness as possible. 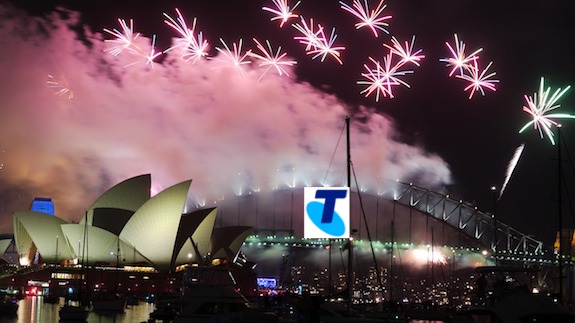 More in this category: « Basslink dismisses Hydro Tasmania's claims on isolating cause of cable failure Apple apologises for iPhone battery issue, offers US$29 battery replacements from late Jan 2018 »
Share News tips for the iTWire Journalists? Your tip will be anonymous