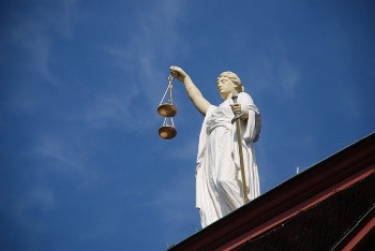 Image by Edward Lich from Pixabay

Australia's biggest telco Telstra has lost a case it filed against its nearest competitor, Singtel Optus, in the Federal Court, claiming that wording used in an ad by the latter indicated that it (Optus) had greater coverage of Australia than Telstra.

In a judgment handed down on 25 September Justice J. Jagot said the originating application should be dismissed and ordered Telstra to pay Optus' costs.

Telstra had claimed that Optus' use of the phrase ""covering more of Australia than ever before" meant that the number two telco was claiming that its coverage was greater than that of Telstra.

As iTWire pointed out at the time: "Any fifth-grade student would be able to understand that the phrase, used in advertising by Optus, can only mean one thing: the company's own coverage is extending to more of Australia than it did earlier."

Telstra sought a court order to prevent Optus from stating that it enjoyed network superiority.

At the time the case was filed, Optus indicated that it was not taking it seriously, uploading a video (below) to YouTube to underline the claim it had made in the ad.

Justice Jagot said in his ruling: "I agree with Optus’s contentions. When each advertisement is viewed as a whole Telstra’s contentions as to the representations conveyed are untenable.

"I am unable to accept Telstra’s contention that the advertisements convey any representation about the coverage of Optus’s network compared with the coverage of any other telecommunications network including Telstra. As Optus submitted:

"The advertisements contain no reference to any provider other than Optus.

"The focus is on Optus from the beginning to the end of the advertisements given the superimposition of the Optus “Yes” logo over each image before the statement “covering more of [Australia/State] than ever before” followed by the word “OPTUS”.

"The superimposition of the Optus “Yes” logo over the images conveys the message that Optus’s mobile network is available to those areas or areas like them.

"The natural and ordinary meaning of the statement, in the context of the advertisements as a whole, is that Optus is 'covering more of [Australia/State] than it has ever covered before'.

"The context is critical. By the time the viewer reaches the impugned statement they are aware from the use of the 'Yes' logo that they are being told something about Optus’s mobile network and they understand the sentence in that context as inherently self-referential.

"The words 'ever before' do not suggest that Optus has achieved something no telecommunications provider has achieved ever before. The words must be considered in the overall context of each advertisement. In that sense they are manifestly self-referential."

Contacted for comment, Andrew Sheridan, Optus vice-president, Regulatory and Public Affairs, said: "The judgment is a win over unnecessary bullying tactics, and more importantly a reminder to all Australians that Optus offers an amazing national network that they don't have to pay through the nose to enjoy.

"Optus has made significant investments to expand our footprint, improve coverage and experience and the ruling is a win for competition, choice and most importantly customers.

"We will continue to deliver choice for Australians: whether it is our extensive mobile network, our unique in-the-home or on-the-go 5G service, or our leading home broadband service - we have you covered and at the value you need."

Telstra was contacted for comment, but has not responded.

More in this category: « TelSoc calls for Charles Todd Medal nominations ACCC says fixed-line NBN connections held up well in May and June »
Share News tips for the iTWire Journalists? Your tip will be anonymous