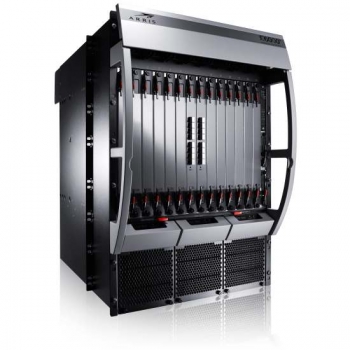 Telstra is to install Arris E6000 converged edge routers as part of an upgrade to its HFC service.

Telstra is joining a number of other carriers around the world - including Turksat, Delta, Liberty Global, Comcast, SK Broadband, GCI, and Wow! - by adopting the Arris E6000 converged edge router.

"Telstra is focused on creating a world-class network and service for our customers," said Telstra director of fixed and data engineering David Piltz.

"The Arris E6000 will allow us to deliver fixed broadband cable services using the DOCSIS 3.0 standard to customers on HFC over the next 18 months.

"Arris is a respected leader in HFC and broadband deployments, making it the ideal supplier for this expansion.

"Arris is playing an instrumental role by helping Telstra engineer a world-class solution for our customers."

The choice of Arris as a supplier of HFC equipment is hardly surprising, as NBN Co has engaged the company to upgrade the existing HFC networks it is acquiring from Telstra and Optus.

According to Arris, the E6000 already provides service to millions of subscribers in various countries.

"Our work with Telstra and the E6000 CER is an extension of our pioneering work in HFC networks around the world," said Arris president of network & cloud and global services Bruce McClelland.

"We're helping to prepare Telstra to bring higher-speed broadband to its HFC customers across Australia.

"The E6000 CER accelerates this upgrade and provides a framework for Telstra to deliver world-class bandwidth and services to its customers."