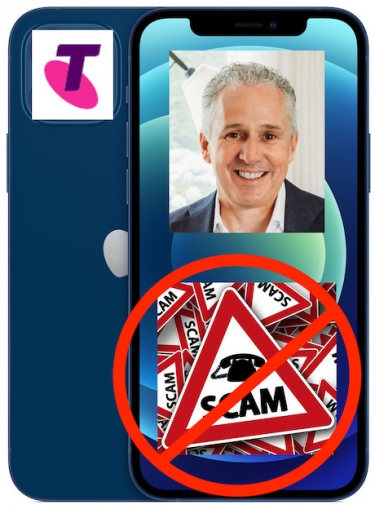 Telstra has announced the third element of its "Cleaner Pipes" initiative, ensuring that its smart pipes aren't dumb, and are as clean as possible from scam callers, safeguarding "millions of Australians in the process".

This equates to around 1.5 million scam calls blocked per week, but Telstra advises that this can grow to 500,000 calls being blocked PER DAY across its network.

After all, as Telstra points out, "cyber criminals and scammers have not failed to notice that millions of Australians are now much more dependent on technology, so cyber-crime is on the rise again."

Telstra states it is proud of its work preventing scams that now stretches across email, sms and voice calls for its customers, which makes sense given that not only are scam calls annoying, but they can also "have a real financial impact on Australians", which in "2020 was estimated to have cost ordinary Australians nearly $48 million".

Indeed, Telstra notes the growth of the digital economy has fast tracked this [trend], and in the past couple of months have seen the volumes ramp up significantly.

We're told this activity is part of Telstra's Cleaner Pipes initiative, where the company is "working to reduce the harm of phishing, malware, ransomware and other scams across our networks both online and through voice and SMS."

Telstra CEO Andy Penn has penned a Telstra Exchange blog post on the topic, with more information, which is reprinted below in full:

Growth and the overall success of the digital economy is inextricably linked to connectivity. Equally important is having a secure network that keeps those connections safe.

Cyber criminals and scammers have not failed to notice that millions of Australians are now much more dependent on being able to live, work and learn online because of COVID-19 and cyber-crime is on the rise again. Scam calls are not only annoying, they also have a real financial impact on Australians and are estimated to have cost ordinary Australians nearly $48 million last year.

This is why we’re announcing today that we are doubling down on efforts to address scam calls and are now blocking around 6.5 million suspected scam calls a month on average from reaching end customers.

Scam volumes fluctuate day-to-day but on an active day for scammers, we’re sometimes blocking up to 500,000 calls a day before they can potentially defraud our customers, which is a huge increase from the 1 million plus scam calls we were blocking on average per month previously.

We are doing this to protect our customers and their livelihoods because we know that we can have a significant impact by taking proactive action at a network level.

This activity is part of our Cleaner Pipes initiative, where we are working to reduce the harm of phishing, malware, ransomware and other scams across our networks both online and through voice and SMS. We recently introduced a new pilot program to make SMS safer too, with the first impact being to block illegitimate messages pretending to be from Services Australia from reaching Telstra customers’ phones.

A lot goes into operating national and global telecommunications networks, from the physical assets of the fibre, exchanges and data centres humming away in the background of our cities and towns, to the operations that happen in the digital layer that keep this infrastructure and the people that use it safe.

Blocking scam calls is no mean feat. Our Networks team has built a smart platform that enables us to monitor inbound calls on our network that have suspicious characteristics, and block them before they can ever reach our customers.

We were already blocking around 1 million calls per month using a manual process, so the automation is a huge boon to our capabilities. Scammers use a range of methods and some of the more popular types at the moment include ‘wangiri’ or one-ring scams, and spoofed number calls either pretending to be a legitimate service (like the ATO) or a random number entirely.

We built this technology in-house and we are proud of the scale and expertise of our cyber security and networks teams as leading Australia’s telecommunications industry, but we also know that this is a team sport. The telecommunications industry and the Australian Communications and Media Authority (ACMA) recently introduced the Reducing Scam Calls Code is an important step towards a collaborative industry approach, creating the framework to work together on protecting Australians from scam calls.

Our efforts will always need to evolve to target new, creative tactics that scammers will use so no technology platform will ever stop scam calls entirely. Customers should always remain vigilant.

If you think you are receiving a scam call, our simple advice is: hang up. Scammers operate on confidence and often victims are influenced to act quickly; if you buy yourself some time to think critically then your chances of avoiding a scam are far better.

As a reminder, if Telstra is legitimately calling you, we will only call between 9am–8pm Monday to Friday, and 10am–3pm Saturday wherever you are based, and not on a Sunday. The exception to this is if you have an unpaid account or a customer-initiated inquiry with respect to an order, fault or complaint, someone from Telstra may call you outside of these hours. We’ll respect your wishes and terminate the call if you say no thanks and we won’t call repeatedly if you don’t answer – these are all hallmarks of scam calls. If you think you have been scammed, contact us.

The security of our activities online and on our smartphones is more important than ever, and it is critical that we take action to help our customers trust in the connectivity we provide. We see a future where scam calls of this type are effectively ring-fenced and eliminated from our network. It will take more investment and innovation, and continued support from Government but we have an ambition to make these kinds of changes to continue to improve the level of trust that Australians have in their phones, their emails and the websites they visit, and to encourage the rapid expansion of our country’s digital economy however we can.

For tips and advice on how to spot a scam phone call, visit our website.

More in this category: « Catch Connect's new prepaid phone plans fight against Amaysim, Kogan and everyone for great value NBN Co pricing review will lead to $2 per customer price rise: Budde »
Share News tips for the iTWire Journalists? Your tip will be anonymous