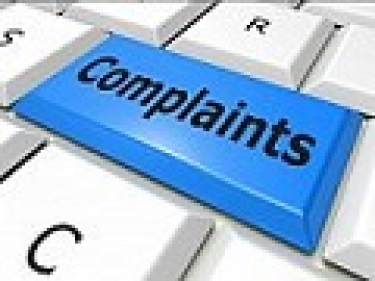 A year after introducing strict new complaints-handling requirements, the telecoms regulator ACMA has released data showing telcos received a total of 1.4 million complaints over the full 2018–19 financial year - but concerns over telcos providing "late or inaccurate data" have resulted in the authority excluding the data provided by Optus from its report.

The Australian Communications and Media Authority report reveals a drop across the industry from a high of 124 complaints per 10,000 services in the second quarter to 97 in the final quarter, but the ACMA took a swipe at telcos - and singled out Optus - expressing serious concern about problems observed during 2018–19 over the "timeliness of providing complaints data and the accuracy of the data".

"Providing late or inaccurate data has a serious impact on evidence-based regulation and policy making, and the transparency of complaints-handling performance to industry and consumers," the ACMA said.

"The ACMA considers that a small number of telcos need to improve the accuracy of data they provide. This is highlighted by Optus’ data being excluded from this report due to multiple amendments of its data submissions, and ongoing data anomalies," said ACMA Chair Nerida O’Loughlin.

"As a result, the ACMA has used its powers to require Optus to obtain an external audit of its compliance with the ACMA’s record-keeping rules.

“Telco complaints data serves an important purpose for industry, consumers, government and the ACMA in understanding the issues being experienced by Australian consumers with their telecommunications services.

“A failure to provide accurate data reduces the validity of the information and impacts our ability to use it to make informed evidence-based decisions.

"Data from Optus will be included in future reports when the ACMA is confident of its accuracy.

"We expect reporting telcos to have appropriate data governance practices, systems and processes to enable complaints data to be collected, recorded, stored, verified and reported as required under the Rules."

According to the ACMA complaints report, the median time taken to resolve complaints decreased from 6 to 5 days over the year.

While welcoming the drop in complaints levels, the telecoms industry lobby group Communications Alliance said, however, that complaint levels remain higher than they should be – and the industry is committed to continuing the current trend of improvement.

“The drop in customer complaints by more than than 17% during the past year, signalled “a welcome improvement in performance across the industry,” said Communications Alliance CEO, John Stanton.

“We agree with the regulator that these data show that ongoing industry efforts to improve customer service, cooperation, and customer experience are producing positive results,” he said.

Stanton noted that the ACMA’s report is part of its Record Keeping Rules, which cover complaints made directly to telecommunications providers.

“It is encouraging to note that more than 94% of the contacts made with service providers were resolved directly with the provider and therefore only about one in twenty resulted in a complaint being made to the industry ombudsman,” Stanton said.

“It’s also pleasing that the average time taken to resolve complaints fell significantly throughout the year.

“We do agree, however, that complaint levels remain higher than they should be – the industry is committed to continuing the current trend of improvement.

In its comment on the ACMA complaints report, the Australian Communications Consumer Action Network (ACCAN) said the report shows that consumers are starting to benefit from increased industry regulation and new complaint handling rules.

"The ACMA revealed that complaint levels over the year have fallen to 97 per 10,000 services in operation, and complaints escalated to the Telecommunications Industry Ombudsman (TIO) also fell over the period, suggesting that telcos are getting better at solving consumer complaints," said ACCAN CEO, Teresa Corbin.

“We’re pleased to see that introduction of the ACMA’s new complaint handling rules seem to be making a tangible difference to the experience of Australian telco consumers.

“However, this is not a comprehensive solution to the issue of telco industry and there is still further work needed.”

Key results from the ACMA complaints report are: