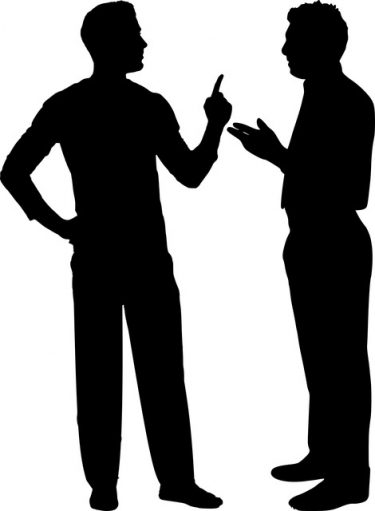 In the last couple of weeks we have witnessed assertive correspondence between the industry and NBN Co. Here is a summary what has taken place and what it means.

The triad kicked off with the CEOs of the largest five RSPs, Telstra, TGP Telecom, Optus, Vocus and Aussie Broadband jointly writing a letter, with the subject "NBN meeting its social responsibility to Australians during COVID", addressed to NBN Co CEO Stephen Rue.

The RSPs were happy with the COVID relief that NBN Co provided when the lockdowns occurred in early 2020, i.e., providing a 40% uplift in capacity at no extra cost. When the country went into the second delta wave, NBN Co did not reinstate the 40% capacity uplift instead it implemented a different relief package where the CEOs say they are paying substantially more in CVC overage charges than they could have anticipated.

They asked for the baseline month for comparing usage to be May 2021, specifically May 1 to May 26. They then asked for the calculation to use the individual usage for each RSP, so that the RSPs can calculate the credit amount they'd receive. NBN was using total industry overage for its calculation so the industry was left uncertain of the financial implications until NBN provided this after a given calculation period.

The CEOs then asked that beyond this baseline, plus 25% CAGR, any overage charges be rebated. They also asked that those rebates be applied retrospectively from June 2021.

NBN Co, in response, said that from 1 October until 31 December it will calculate the relief for additional data, beyond a 25% CAGR, by comparing the individual RSPs ongoing monthly data utilisation against their respective usage in May 2021. NBN Co will credit 50% of this overage to the RSPs, note the RSPs asked for 100%.

NBN Co declined to make the changes retrospectively, so the requested rebates won't cover the extensive lockdown period.  The additional overage charges incurred by the RSPs for June, July and August will remain under the current credit conditions.

As Sydney approaches some degree of freedom, for the fully vaccinated, we can expect that utilisation will approach the May trend. NBN Co is exposing itself to a little over one month, of 50% credit on overage based on this current offer.

I asked all the RSPs to provide feedback on NBN's offer. Vocus declined to comment. Telstra and TPG Telecom weren't forthcoming with comments.

An Optus spokesperson said, "Optus welcomes NBN Co’s announcement of COVID-19 credit relief in response to recent request from RSPs and we support extending the relief measures into 2022, should the lockdowns persist."

Aussie Broadband managing director Phillip Britt said, “We appreciate that NBN has moved the baseline to May 2021 as requested. However, unlike our proposal (and unlike the previous construct) we are only receiving $4 a meg in CVC rebates above the agreed baseline, rather than $8 a meg.

"This is only half the rebate for usage above what the industry has agreed as an acceptable usage growth rate of 25%. Effectively NBN is having its cake and eating it too, by locking in at least 25% in additional CVC costs and then only rebating a portion of the additional costs after that.”

There remains considerable tension between the RSP community and NBN Co. This is probably to be expected with the powerful monopoly position that NBN Co has, only constrained by public opinion, the Government stakeholder and the ACCC.

NBN will argue that it isn't a monopoly, with the emergence of 5G and the smattering of competitor FTTB and fibre builds. For most households this isn't the case, they only have one option, an NBN connection.

I believe that part of the tension is due to NBN redefining the customer.  A couple of years ago NBN choose to define its customer as the users of their services, rather than the entities that purchase wholesale services. That is, NBN does not consider the RSPs who pay their NBN invoices as customers. For NBN, the RSPs are a channel, or at best, a partner to the end customer. This would be equivalent to RSPs, providing services to businesses, considering the businesses employees as customers, and the business a channel to these customers. With this mindset, NBN's products will become complex and consumer orientated, rather than simple wholesale services that facilitate retail differentiation.

The market isn't willing to pay substantially more for the value that NBN provides. I recently made the switch to NBN, I'm paying $22 more a month for an additional 15Mbps of uplink speed. I had to move from a 100/5Mbps HFC service to an NBN provided FTTC service. Frankly I'd be happier to be able to continue to pocket $22 a month, but I was approaching the end of the NBN co-existence period, so had not alternative.

NBN has rolled out some global benchmarking on broadband affordability that shows that Australians are doing well compared to other countries. However, this doesn't change peoples perceptions of value. They know what they were paying before NBN came along. They will be willing to pay a premium based on their perceived additional value. For legacy ADSL2+ customers, on the edge of an exchange footprint, this might be significant if they can go from a few Mbps to 50Mbps. For legacy Optus and Telstra HFC customers, they won't be willing to pay much more for a very similar NBN FTTC or HFC service. This is exacerbated by the current COVID induced economic conditions, average Australians are becoming increasingly budget conscious.

This first appeared in the subscription newsletter CommsWire on 6 October 2021.

More in this category: « Optus announces sale of towers to AustralianSuper for AU$1.9 billion Vodafone, TPG join ranks of those offering 5G home Internet »
Share News tips for the iTWire Journalists? Your tip will be anonymous