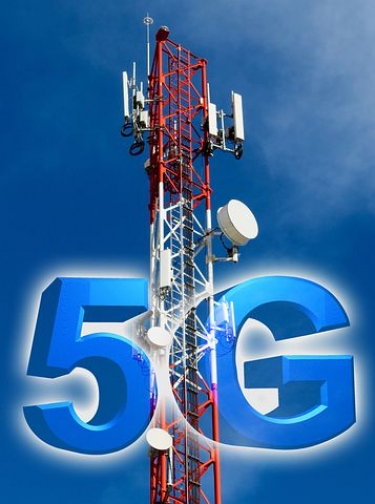 Although 5G is now being well and truly rolled out around the world, the 5G rollout certainly isn't complete, and it's leaving people wanting more.

An article from Korea Bizwire points out that a lot of South Korean 5G users just aren't that impressed with 5G speeds yet.

Despite promises of 5G speeds 20 times faster than 4G LTE, government estimates point to 5G speeds being only four times faster - and that's if you can get a 5G signal, with one South Korean use noting her 5G phone was mostly only ever connected to 4G towers.

Indeed, my own personal tests have shown that, while 5G can indeed reach speeds of 500Mbps or more on some carriers in Australia, where I was getting 500Mbps download speeds on Vodafone's much smaller 5G footprint, Telstra was only delivering 100Mbps 5G speeds.

I've also switched my Telstra-powered iPhone 12 Pro Max from 5G to 4G, and noted that 4G speeds could almost reach the same speeds as 5G, while in many cases, 4G upload speeds were not only faster than 5G, but in some cases, many times faster.

To me, this signalled the dirty little secret of 5G, which is that it just isn't widely rolled out enough yet, and 5G standards are yet to mature, especially with no mmWave 5G devices in Australia that could deliver the superset 5G speeds promised, but which will require many times more towers than are already installed to deliver the coverage you currently enjoy from 3G and 4G networks.

In South Korea, we're told that only 19% of the country's 71 million mobile subscribers were using 5G, compared with 73% using 4G.

Meanwhile, in Australia, Telstra reports over a million users on its 5G network, with 50% coverage of where people live, work and travel through already achieved, and 75% due by mid-year.

But in South Korea, as in Australia, subscribers say that 5G speeds just aren't that much faster than 4G, as I've also noticed.

Another curiosity - when I've connected to public broadcast ABC Radio's "Report-IT" app, which is a type of VoIP app that lets you sound like you're in the studio when calling into programs remotely to appear as a guest expert on technology, or when using FaceTime over 5G to again have better sound quality when calling into the SpaceTime with Stuart Gary podcast (which has over 200,000 listeners per month), the 5G data connection has been frankly intermittently unreliable.

I've experienced dropouts on Report-IT and weird audio anomalies on FaceTime that have forced me to make sure I'm connecting to those services on 4G LTE data, because I don't seem to experience ANY issues when on 4G.

Of course, I could just talk to various ABC Radio stations and with Stuart Gary by regular mobile phone call, but mobile call quality just doesn't sound as nice as VoIP, even though HD Voice is supposed to be available when calling other mobile phones, although when calling into the ABC, you're calling a landline.

In South Korea, the Korea Bizwire article quotes a South Korean government "official acknowledging the shortcomings of the country's 5G deployment", stating: "5G services aren’t being offered at an acceptable level for the public. Its use in business applications has also fallen short of expectations.”

Meanwhile, Professor Kim Dong-Ku of electrical engineering at Yonsei University said: “There are many issues to address, such as developing wide-ranging devices, the availability of the 28GHz band, improving user experience in service and data plans. If such issues aren’t resolved, the economic effect from 5G commercialisation is expected to decrease.”

Naturally, 5G networks ARE being rapidly rolled out, with many countries finally getting on the 5G bandwagon in the last few months, so, while the network continues being rolled out, while mmWave 5G services start their deployments in more parts of the world than just the US, and as more next-gen 5G chipsets and services arrive, 5G is only going to get better and better.

Until then, there are teething problems and other issues which are normal, and for many users, 4G remains more than good enough - for now.