Should ACCC also tackle NBN Co about speeds? One ISP thinks so Featured 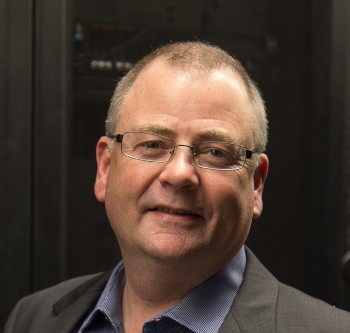 Damian Ivereigh: "Can you imagine buying anything else on that basis? You buy a jar of coffee, you can't see what's inside and it may only be half full when you get home and open it." Supplied

The Australian competition watchdog has the right intentions when it fines Internet service providers for not living up to the speed claims they make, a small ISP says, but adds that the NBN Co should not be allowed to get off scot-free.

Damian Ivereigh, the chief executive of Launtel, a Launceston-based ISP, told iTWire that retail service providers should definitely be testing the line to find out the sync speeds that people were getting in order to determine whether they should be downgraded to a slower plan.

"However this is something NBN is in a lot better position to help on than the RSP," he added.

His comments came in reaction to the Australian Competition and Consumer Commission's advice to NBN users on 23 January, asking those who experience slow speeds to check with their providers if they were eligible for a refund in line with agreements that the watchdog negotiated with providers over the last 15 months.

Ivereigh said: "The biggest thing they (NBN Co) could do is actually allow the RSP to get reports of the VDSL sync speeds that previous providers were getting on the line. This is information that NBN Co have for existing NBN connected lines, because they use it to detect speed anomalies which indicate an issue in the street cabling.

"This would allow any sales process to avoid selling higher speed plans when it is clear the line is not capable of it - much better to change the original sale, rather than try and rectify it after the event."

He said there was a second issue. "The second thing is that if a downgrade is required, then the RSP has to provide the refund - there is no recourse to NBN Co to get a refund on the AVC charge which is probably about 2/3 of the sales price to the user.

"Suffice it to say this is of course all caused by the stupid MTM (mixed-technology mix) model. Unlike pure fibre which provides a predictable service (see [former NBN chief executive] Mike Quigley's testimony to the Senate in December), this copper technology is all about turn it on and hope for the best.

"Can you imagine buying anything else on that basis? You buy a jar of coffee, you can't see what's inside and it may only be half full when you get home and open it.

"It is yet another example of how this MTM model has pushed all these extra costs onto the RSPs who are in the least position to absorb it."

More in this category: « Huawei releases multi-mode chipset to power 5G devices TPG drops mobile network plan due to Huawei ban »
Share News tips for the iTWire Journalists? Your tip will be anonymous