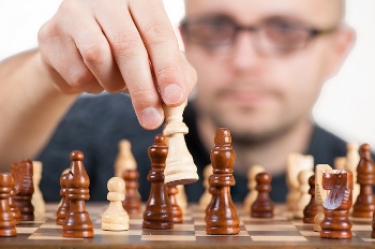 Global ratings agency S&P Global Ratings says Telstra needs to remain focused on implementing its T22 strategy as headwinds gather, after the telco revealed a slump in profits for 2019-20 due to the ongoing pandemic and the bushfires in summer.

In a research note issued after the telco's results announcement on Thursday, S&P, the world's leading provider of independent credit ratings, said Telstra was at the midway stage of the strategy and was showing good progress against the initial targets it had set. "However, the downward revision of its return on invested capital target underscores the challenges that lie ahead," it cautioned.

Telstra chief executive Andrew Penn announced the T22 strategy in June 2018, saying there would be a a net reduction of 8000 employees and contractors by 2022.

He also said that two to four layers of management would be reduced, with one in four executive and middle management roles to be axed.

Telstra's earnings have been severely dented by the NBN Co and the company has complained on numerous occasions of the inability to make any meaningful profit from reselling NBN connections.

S&P said that the guidance offered by Telstra for the 2020-21 year included the remaining impact of the coronavirus, adding that projections that fiscal 2021 earnings would be affected by about $400 million due to lower roaming revenue, increased financial support and provisions, as well as delayed professional service contracts, were "conservative assumptions".

The rating agency observed that fiscal 2020 marked the peak year for earnings pressure from the NBN. "While onerous wholesale prices are having the largest effect, NBN Co's more recent encroachment into Telstra's profitable enterprise market is beginning to weigh more heavily on earnings," it said.

"In our view, the structural headwinds and tough market environment underscore the importance of Telstra's T22 strategy in generating sustainable earnings. We believe the successful execution of this strategy is necessary for the group to deliver on its broader financial objectives," S&P said.

"The T22 strategy emphasises simplification, a competitive cost base, and maximising the value of Telstra's assets and network superiority. Key achievements during fiscal 2020 included the lowering of underlying fixed costs by 9%. The group remains on track to achieving its $2.5 billion target by fiscal 2022."

The ratings agency said it believed Telstra's intention to launch a fixed wireless service in the first half of the fiscal year 2021 would have some advantages.

"As a retail service provider, Telstra acts as a 'gatekeeper' and can redirect certain market segments using inferior NBN technologies onto its wireless network where it is profitable to do so.

"We also note that Telstra will reach 75% 5G connectivity by population and will participate in mmWave spectrum auction during fiscal 2021."

S&P said its stable outlook on Telstra was a reflection of the company's dominant mobile network infrastructure and the expectation that the company would not diverge from the financial settings it had laid down.

"These factors should allow the company to maintain its leading market shares in the Australian telecommunications market and maintain fully adjusted debt to EBITDA below 2.5x," S&P added.