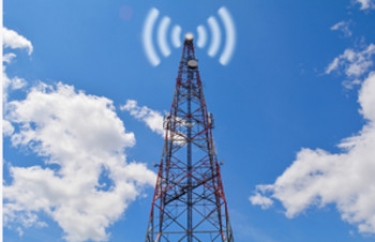 In a research note, the agency said the purchase of the telco, which operates in the South Pacific, would only marginally erode Telstra's leverage headroom at the current rating level (A-/Stable/A-2).

Telstra announced on Monday that the government would be providing most of the US$1.6 billion (A$2.14 billion) cost of its buy, with the telco to contribute US$270 million compared to the government's contribution of US$1.33 billion.

News about a likely purchase of Digicel first surfaced in July this year and was reportedly to prevent a company like China Mobile from buying Digicel Pacific. The deal is expected to be completed within the next three to six months.

S&P pointed out that the purchase would be partially debt-funded, weighing on Telstra's leverage. The government's contribution would come from its Export Finance Australia agency (via a US$720 million nonrecourse 10-year loan and US$610 million of equity-like capital).

"Telstra's financial commitment to the Digicel Pacific transaction is relatively modest and is done on favourable terms, in our view," S&P said.

"Nonetheless, the acquisition follows Telstra's recent 49% sell-down of its mobile tower portfolio — a transaction that we consider is akin to a sale and lease-back transaction — and a proposed A$1.35 billion in share buybacks over the next year.

"Accordingly, we expect the impact of these transactions to cause Telstra's adjusted debt to EBITDA to approach, but not exceed, our 2.5x downgrade trigger in fiscal 2022 (year ending June 30, 2022)."

The last S&P comment on Telstra came after the telco announced its first-half results in February this year. At that time, S&P said it expected Telstra to return to underlying earnings growth in fiscal 2022 (the year ending 30 June 2022) and to maintain a healthy buffer for the current rating.

In the note issued following the Digicel purchase, S&P said: "In our opinion, the acquisition is unlikely to materially increase country and regulatory risks for Telstra. About 80% of Digicel Pacific's EBITDA is from Papua New Guinea, which we view as a materially higher-risk market than Telstra's home market of Australia.

"Nonetheless, Telstra's earnings exposure will be limited; we estimate Digicel Pacific's EBITDA will represent less than 5% of the broader Telstra group.

"Similarly, we do not consider that the acquisition provides meaningful geographical diversification for Telstra. We also understand Telstra has obtained political-risk insurance to mitigate fallout from political and regulatory-intervention risk over the next six years, if any such events occur."

More in this category: « Optus’ Donate Your Data program expanded to support more Australians in need New report highlights need for government and industry action on telco affordability »
Share News tips for the iTWire Journalists? Your tip will be anonymous