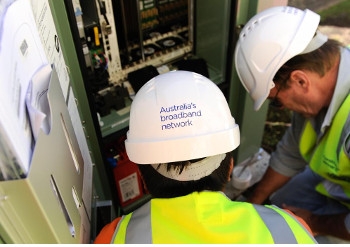 Australia's national broadband network, the NBN, will not return a profit on the billions invested in the project, a new report from credit ratings agency Standard & Poor's says.

The Australian reported that S&P predicted a write-down of the NBN, which would be politically damaging to the Coalition Government.

The ratings agency claimed that the NBN Co's business model had led to Australian telecommunications companies investing heavily in mobile services in order to avoid paying the NBN Co's prices.

This, in turn, had led to a situation which affected NBN Co financially.

NBN Co has said on many occasions that it needs to reach average revenue per user of $52 in order to break even. The last figure it achieved was $44.

Back in February this year, Dr Mark Gregory, associate professor in network engineering at RMIT, commented that the half-yearly results, which had just been released at that time, were a "train wreck", adding that nothing could be done to get the company back on the rails.

Gregory added for good measure that, increasingly, statements that were made by NBN Co "about performance and progress are little more than fodder for the joke of the day".

The S&P report said: “NBN Co’s forecast take-up (of between 73% and 75%) will be hard to achieve without a step-change to its wholesale pricing model.

“We believe NBN Co’s high access charge has already led to lower speeds (both headline and actual), as well as lower adoption rates.”

As iTWire  reported last Thursday, Australia has an average mobile download speed of 50.53Mbps which places it eighth out of 124 countries, while fixed broadband download speeds are only 30.82Mbps, placing the country 54th out of 133 listed.

“On every measure the long-term economics of the NBN have been compromised, with no benefit to the Australian consumer or taxpayer.

“Turnbull fleeced the nation under the false pretence (that) copper and HFC would be faster and cheaper – it wasn’t. It has been slower and more expensive."

More in this category: « Vodafone's Red plans add unlimited streaming options from $5 to $15 per month Huawei makes solid British market gains, but Apple rules roost in US »
back to top