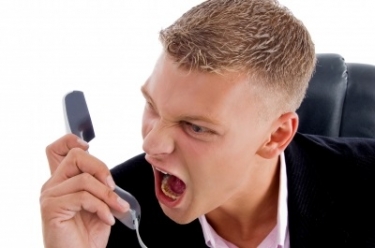 Complaints about phone and Internet services by small businesses have grown overall for the third consecutive quarter, with residential consumers and small businesses lodging 34,476 complaints in the three months between July and September — an increase of 3.4% on the previous quarter — and the third consecutive quarter of incremental growth in overall complaints.

The latest quarterly complaints report by the Telecommunications Industry Ombudsman (TIO) for Q1 2020-21, shows complaints from small businesses increased 28% in the first quarter to 5527.

The TIO says that although complaints from small businesses increased across all service types — phone, Internet and landline — the highest volume and proportion increases for the quarter were recorded against ‘multiple services’, where a complaint relates to more than one service type with the same provider.

Acording to the TIO, the problems experienced by small businesses did not change from the fourth quarter but increases were recorded against all top 10 issues, with complaints about being unable to contact a provider and business loss compensation increasing 47% and 42% respectively.

Other insights from the TIO’s first quarter report showed Internet services were still the most complained about service type, but the volume of Internet complaints decreased in the quarter overall, and in the top 10 issues the only change from the previous quarter was complaints about problems with add-on features.

Commenting on the Q1 results, Ombudsman Judi Jones said the sharp increase in complaints from small businesses was concerning, “particularly as the nation attempts to revive the economy while navigating the impacts of the pandemic”.

“For the third quarter in a row we are seeing incremental growth in overall complaints. We are continuing to share the insights learned from our data our with the telcos to improve the consumer experience.”

“Phone and Internet providers have had months to adapt to new customer service arrangements after overseas lock-downs affected their call centre operations," she said.

“To have over a third of complaints during the quarter relate to no or delayed action by providers is frankly astonishing and unacceptable; if you make a complaint, it should be heard and fixed.”

“Reliable phone and internet services are the backbone of small businesses across the country. It’s time for the telcos to step up and ensure that both consumers and small businesses are kept reliably connected.”

According to new research from ACCAN, consumers spent nearly nine million hours trying to resolve a phone or Internet issue.

“That’s time that Australians could have spent with family and friends, rather than being stuck talking to their telco,” said Corbin.

“While the majority (74%) of consumers choose to contact their provider by phone, this was found to be the lengthiest and most costly option for resolving an issue.

“Respondents who contacted their provider via phone spent an average of 27 minutes and 7 seconds on their most recent call. However, with consumers needing to contact theirtelco an average of 2.4 times to have their issue resolved, this equates to a total of 1 hour and 5 minutes spent on the phone to resolve an issue.”

“When you contact your telco, you expect to have your issue solved quickly and with as little fuss as possible,” Corbin added.

“Frustratingly, our research shows that consumers are spending over half the time on the phone to theirtelco simply waiting on hold to speak to a customer service representative.”

Corbin says that according to "Still Waiting", on average the fastest method for consumers to resolve an issue is through contacting their telco on social media, with consumers who used this avenue having their issue resolved in an average of 13 minutes and 8 seconds.

“This research is the latest indicator that the current telco consumer protection rules are not working as intended and that communication consumers are not being treated fairly,” she added.

Macquarie Telecom Group executive Luke Clifton believes the TIO report showing a continued rise in phone and Internet complaints, is unacceptable, and that the industry must heed the findings and the ACMA’s warning on "cracking down on telcos", and do more to enable Australia’s recovery.

He said the continued rise of phone and Internet complaints at this critical time was hugely disappointing, particularly for small and medium businesses more reliant on these services than ever as they’re charged with driving Australia’s economic recovery.

"The fact that even more businesses are unable to contact their provider is unacceptable. It has been several months since offshore call centres have been proven completely ineffective, and it’s clear tier one providers are not willing, or unable, to make up the shortfall at home," Clinton said.

Telcos need to heed the TIO findings along with the warning given by the Australian Communications and Media Authority (ACMA) this week that it wants stronger powers to crack down hard on telcos that fail to look after their customers’ best interests.

"The industry has released plenty of rhetoric on improving service and hiring at home, but data doesn’t lie. Telcos must step up and aid Australia’s economy by providing the level of service businesses need, something I firmly believe can only be achieved through hiring more people in Australia to provide that service."