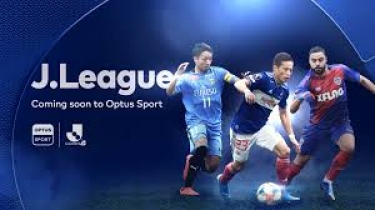 Optus Sport has secured the exclusive Australian rights to Japan’s J.League competition for three years, effective from the 2020 season.

Optus says the top division of Japan’s Professional Football League is one of the most well-regarded national leagues in Asia. This year’s competition commences on February 21 and is the first major Asian football acquisition for Optus Sport.

Announcement of the rights to the Japanese league come as Optus Sport also revealed customer numbers continue to grow, announcing 825,000 active subscribing accounts, as the streaming service begins its biggest year ever.

According to the telco, across other metrics year-on-year, Optus Sport has had a strong increase in the number of games in its live portfolio, while its customers have also increased overall engagement “with more minutes watched, a higher reach across live viewership and an increased reach across Optus Sport social media platforms”.

Specific highlights listed by Optus include:

Optus says that after a strong year of growth, acquisition of the J.League now delivers its Sport division with a year-round content schedule of premium international football and provides live content for customers closer to prime time.

“We’re excited to be announcing the acquisition of the J.League rights as we commence our 2020 campaign, and to really solidify our position as the home of the best football from around the world,” Optus Head of TV and Content, Corin Dimopoulos, said.

“We are also pleased to see steady subscriber growth of Optus Sport over the last year. We are particularly proud to be streaming our content to 825,000 active Optus Sport subscribing accounts.

“This year is going to be our biggest year yet; with the Premier League, UEFA Champions League, UEFA Europa League, FA Women’s Super League, J.League and UEFA Euro 2020 all appearing live and on demand on Optus Sport.”

The J.League commences in February and will run through until November, with up to four matches per round made available live and on demand to Optus Sport viewers.

More in this category: « GSMA boosts coronavirus precautions at MWC Barcelona Telstra reveals latest round of job cuts, provokes ire of union »
back to top