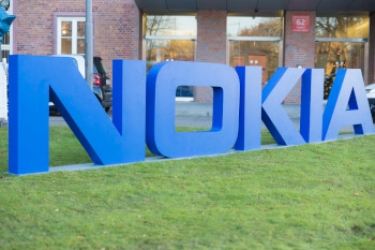 Finnish telecommunications equipment vendor Nokia has pulled the plug on its participation in the US-backed Open Radio Access Network Alliance [corrected], a grouping that aims to develop software for running 5G networks, according to a report on the Asia Times website.

Set up 18 months ago by the Trump administration to counter the dominant position enjoyed by Chinese equipment vendor Huawei Technologies — which the US claims is a security threat — the Open RAN coalition aims to avoid the use of proprietary components, including those used by Nokia and Ericsson, in favour of generic parts and software.

American economist David P. Goldman wrote that the reason behind Nokia's exit was the move by the US to place three of its (Nokia's) Chinese suppliers on a sanctions blacklist meant for companies deemed to be a national security threat to the United States.

He said the three firms — Inspur, Kindroid and Phytium — played no major role in the world telecommunications market.

"It is unlikely that any of these companies provide technology to Nokia that the Finnish giant can’t find elsewhere. But Nokia has an important interest in China and may not want to offend Beijing by breaking ties with Chinese companies at Washington’s behest."

Contacted for comment, a Nokia spokesperson said: "Nokia's commitment to O-RAN and the O-RAN Alliance of which we were the first major vendor to join, remains strong.

"At this stage we are simply pausing technical activity with the Alliance as some participants have been added to the US entities list and it is prudent for us to allow the Alliance time to analyse and come to a resolution."

Nokia was recently granted about a 10% share of new contracts for 5G base stations by China Mobile. And prior to that China Unicom awarded the Finnish firm a similar share of contracts.

Ericsson, the other big player in the 5G space, lost out on new contracts after Sweden decided to exclude Huawei from bidding for 5G business in the country.

"Nokia was the immediate beneficiary," Goldman pointed out. "Last year Chinese industry analysts dismissed Nokia’s Chinese efforts as inferior to those of its Swedish competitor, but the tide of political fortune favoured the Finnish company.

"That gives Nokia another reason to tread carefully with Chinese authorities.

"Nokia also employs 10,000 researchers at its Shanghai Bell subsidiary, formerly the China arm of Alcatel and Lucent, whose telecommunications units were acquired by Nokia. Nokia Shanghai Bell is a joint venture with China Huaxin."

"China will build another one million [5G base stations] during 2021, providing 5G service to all cities with populations of 250,000 or more," Goldman said.

"Huawei has about three-fifths of China’s 5G infrastructure market and appears to suffer from no constraints in semiconductor availability for the buildout."

Ericsson opted not to join the Open RAN project, but Nokia got onboard. Earlier this year, technologist and inventor Dr Henry Kressel, who is also a private equity investor, poured cold water on the Open RAN endeavour, saying it was unlikely to develop anything in the short term to replace products from Huawei.

Dr Kressel said it would be short-sighted to expect anything of substance to emerge from the project — which has been set up by big American and international firms to "accelerate open standards for RAN and promote a network ecosystem based on more diverse, secure, compatible and competitive elements" — in the next seven years.

More in this category: « Aussie Broadband financial results #LetsVaxx: Telstra urges customers to get vaccinated and get rewarded »
Share News tips for the iTWire Journalists? Your tip will be anonymous