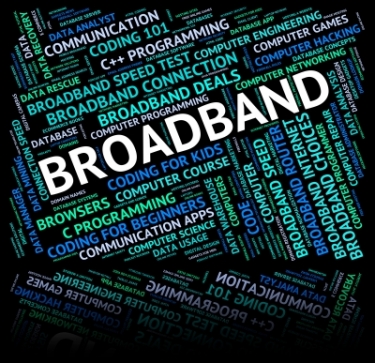 New legislation has just come into force in Australia, enshrining in law access to broadband services for all Australians regardless of where they live, and which the Federal Government says "guarantees" broadband access for everyone.

The Australian Government’s new Statutory Infrastructure Provider (SIP) regime, which came into force on Wednesday, underpins the Universal Service Guarantee, meaning there is now a legislated framework for access to broadband as well as voice telephone services and payphones.

Minister for Communications, Cyber Safety and the Arts, Paul Fletcher, said that new laws reinforce the Government’s commitment to providing “21st century telecommunications services to all”.

“These historic laws mean that all Australians can access high-speed broadband, no matter where they live or work," Minister Fletcher said.

Under the new SIP laws, NBN Co - the company building Australia’s National Broadband Network - will have a statutory obligation to provide broadband services that are able to achieve peak download and upload speeds of at least 25/5 Megabits per second.

And NBN Co must also provide at least 90% of premises on its fixed-line network with peak broadband speeds of 50/10 Megabits per second.

Where NBN Co is not the default network provider – for example, where other network operators have contracts to service new developments – those operators will also be required to meet these requirements.

“Telecommunications has long been recognised as an essential utility and the Government committed to providing access to reliable high speed broadband for all Australians. The legislation commencing today locks that commitment into law,” Minister Fletcher said.

Minister Fletcher said that the Regional Broadband Scheme (RBS), which is part of the same package of reforms, will commence from 1 January 2021 and will provide “transparent, sustainable and ongoing funding for NBN Co’s loss-making fixed wireless and satellite services”.

The RBS provides funding of over $700 million per annum to upgrade and recover the costs of providing broadband in regional and remote Australia.

“Together, these new laws are designed to ensure access to modern telecommunications services for those living in regional, rural and remote areas, as well as those in metropolitan areas, while promoting competition,” Minister Fletcher said.