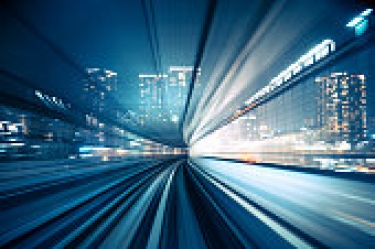 National Broadband Network operator NBN Co has launched new higher speed Internet plans in response to what it says has been strong demand for higher speed services from new customers. The plans include a new “close to” 1Gbps service.

NBN Co said on Friday that to further improve residential customers’ NBN experience, it is “overprovisioning the downlink component” of the Home Fast and Home Superfast products by around 10 – 15%, where possible - with the exception of the new Home Ultrafast speed tiers.

“NBN Co is planning to overprovision most other existing wholesale fixed line speed tiers starting from between June and August 2020 (with the exception of the new Home Ultrafast speed tiers),” NBN Co said.

“The provision of additional download capacity at the wholesale layer is designed to accommodate protocol overhead, which includes the code used to help ensure the correct delivery of data packets, that otherwise impact a customer’s broadband speed.

“The intention is that more customers can experience download speeds that are closer to the maximum theoretical download speed of their chosen retail speed tier, subject to factors such as the capacity of the internet retailer’s network and the efficiency and throughput of their in-home wiring, router and Wi-Fi equipment.”

“With most Australians spending more time working, studying, shopping and entertaining themselves at home, NBN Co is also seeing strong demand for higher speed services from new customers with around 80% of customers connecting to the nbn network for the first time choosing retail broadband plans based on wholesale download speeds of up to either 50 or 100 Mbps.”

Brad Whitcomb, NBN Co chief customer officer – residential, said: “This period of self-isolation has given pause for many Australians to consider how important it is to choose the right plan to meet their needs and, generally, the more people and the more devices connected within the home, the more utility and benefit customers are able to derive from higher speed plans over the NBN network.”

Earlier this week RSP Aussie Broadband was the first to announce plans based on the NBN 1000/50 tier.

“Our priority is to help deliver high speed broadband to premises across Australia and, as we complete the initial volume build to 11.5 million premises, we are starting to unleash higher speed tiers on a phased basis,” said Whitcomb. “Launching the three new higher wholesale speed tiers is the next step in our network evolution and we will continue to upgrade the network to offer higher speed services to more customers over time.

“NBN Co will support internet retailers to verify the actual speeds that are attainable at individual premises.”

The Labor Party’s Shadow Minister for Communications Michelle Rowland said the announcement of NBNCo’s higher speed plans was “a vindication of the original fibre plan, but raises some troubling questions”.

“Why is the Morrison Government now prioritising 1,000 megabit speeds on HFC, when some Australians can’t even achieve 25 megabits per second speeds over copper?”

“And why is funding from the regional fixed wireless network being cut, in order to funnel more money into Telstra’s ageing HFC network?"

More in this category: « Broadband data demand remains above pre-COVID-19 levels: NBN Co Australians increasingly shift online to access services during COVID-19 »
BACK TO HOME PAGE
back to top