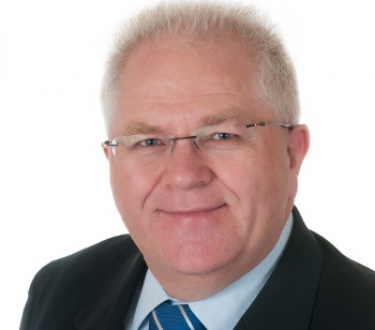 The national broadband network faces three major challenges as it looks ahead to the era after its official rollout was completed, network expert Dr Mark Gregory says, adding that these are reducing the digital divide, upgrading to full-fibre in fixed access areas and contributing to provide universal access.

He was asked for his views on the future of the NBN as part of a series that iTWire has been running since the middle of June, with renowned telco analyst Paul Budde, TransACT builder Robin Eckermann and Labor NBN adviser Rod Tucker all offering their takes on how they thought things should pan out.

Gregory, an associate professor in network engineering at RMIT and a regular commentator on the NBN, told iTWire in response to queries that the government seemed to be at a total loss when it came to ideas about moving the NBN fixed access to FttP. "The result of this indecision will be Australia's slide down the rankings of global digital economy participant nations," he added.

He made the point that in uncertain times like these, access to broadband was essential, but for many Australians the cost of access was far too high, even for the lowest speed plan. "Every Australian should have access to broadband, so this means a subsidy for Australians of low socio-economic means," he stressed. "The board and senior management team of NBN Co should become an active participant in the effort to secure universal access."

Gregory had no doubt about what the NBN's final destination should be: full fibre with no intermediate steps. Moving to FttC was meaningless as the cost of moving to FttP was more or less the same, he said, adding that NBN Co's chance to experience revenue growth afforded by FttP offered justification for the upgrade to fibre right away.

"Failure to move to FttP now means that NBN Co will continue to struggle to meet revenue targets and competitors will slowly degrade NBN Co's future revenue by offering customers a better broadband solution than that provided by the NBN," he warned..

He said the government was unable to propose the sale of the NBN until was built and fully operational and this was unlikely before mid-2022. A sale would take at least two years, hence one should not anticipate the NBN sale until mid-2024 at the earliest.

Gregory pointed out that there was a natural synergy for NBN Co and Telstra's Infra Co - which Telstra announced it would create last year as a standalone infrastructure business unit - but for this Telstra would have to split into two companies listed on the ASX.

"If this privatisation approach occurred, competition in the last mile should be facilitated by government issuing an open infrastructure regulation, he said. "What this means is that companies would be able to utilise existing ducts, pits, traps, etc. without permission needing to be sought from the owner in advance. A registry would be created for all infrastructure to be listed, and this would be updated as new infrastructure is rolled out."

Gregory said a second requirement would be regulation of the meaning of broadband; for example, broadband would be defined for fixed access as connections to premises capable of 1/0.4Gbps for 99.5% of a 24-hour period.

A third requirement would be the removal of data usage charges. "The Australian telecommunications market is regressive, and part of the problem is the focus on data usage charges as a means to differentiate services and this leads to poor quality connections to premises, especially during peak hours," Gregory noted.

He said NBN Co should be required to start ordering two additional satellites that were voice capable and had a combined throughput of 240Gbps or more. The additional throughput capacity and voice capability were vital for economic growth and health and education provision in regional and remote areas.

He also said NBN Co should be able to compete, and this meant it should offer wholesale ethernet products to business and enterprise customers, though the issue of cross subsidies should be explored further. NBN Co should also be able to offer wholesale broadband connections to vehicles, caravans and trains as this would provide the basis for improved satellite revenues in this critical market segment.

"Disaggregation of the NBN prior to sale is not a panacea for the need to increase competition in the telecommunications market," Gregory said. "If anything, it will create seven smaller monopolies, with some offering gigabit connectivity and others struggling to meet 50Mbps for a few minutes each day.

"If there is a need to achieve a single outcome that would have the biggest positive impact on the Australian telecommunications market and benefit for end users, it would be to get rid of data usage charges. This is something that could be achieved immediately and will have a transformative impact on the Australian telecommunications market. The second would be to upgrade fixed access to FttP."

More in this category: « Fletcher says govt will upgrade NBN as needed but omits to mention how Huawei says 5G ban effect is showing in Telstra's higher mobile prices »
Share News tips for the iTWire Journalists? Your tip will be anonymous