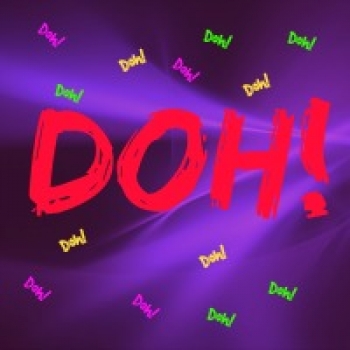 An NBN cost scandal has erupted with a new document revealing that copper for the Turnbull Government’s hybrid MTM broadband network is going to cost ten times as much as the original estimate.

Of course iTWire predicted that the cost of copper was going to be an issue two months ago.

Two years ago when the then opposition, now government flagged its preference for a mixed-technology NBN—one that included copper wiring—industry analysts slammed the decision.

As reported in ITWire in October, copper ages and erodes and must be replaced regularly. It is expensive to maintain over time. And if anyone really believes that the ageing telephone landline copper network is in the excellent condition that Bill Morrow claims to be so delighted with, then perhaps they need to take a reality check.

Spending hundreds of millions on new copper to connect to old copper, both of which will have to be maintained and replaced on a regular basis, is just crazy talk.

As has been pointed out in many journals — here’s one — while fibre cable to the premise is more expensive than copper cable in the short run, it is less expensive, costs less to maintain and has less downtime in the long run. What’s more the cost of fibre and its installation continues to go down.

Crazy or not, the plan has since been rolled out and unsurprisingly, a report that came to light yesterday reveals that it’s now going to cost $640 million to repair and replace parts of this copper network, bought from Telstra for $11 billion.

This news comes hot on the heels of the former nbn board being accused of being “incompetent political hacks” by Deputy leader in the Senate, Stephen Conroy.

He said they did not know what they were doing when they bought the Optus hybrid-fibre coaxial (HFC) network for use in the nbn in 2012 for $800 million.

It has since come to light that this network is now considered “not fit for purpose”, with “some of the equipment arriving at the end of life” and needing to be replaced, while other parts are “oversubscribed” and will not have enough capacity to deliver the superfast internet access speeds required of the nbn services.

There is also “noise” on the HFC cable network which is causing interference and “degrading” end user speeds on the infrastructure.

In a paper supplied to the press this week former head of NBN Co Mike Quigley agrees with the negative assessment of Turnbull plan’s for a mixed-technology NBN rollout.

Turnbull "consistently talked down" the cost of the Coalition's fibre to the node model "and now the chickens are coming home to roost", he wrote.

"It is time to stop trying to blame the previous government and management for the problems with the costs and timing of the MTM.” He calls for the government to admit that it had grossly underestimated the cost and timeframe of its NBN policies.

"As long as Australia's broadband future is tied to an ageing copper network, we will fall further and further behind our competitors and trading partners. At a cost of $56 billion and counting, that will be Mr Turnbull's legacy."

BACK TO HOME PAGE
Published in Telecoms & NBN

More in this category: « TCP code changes given only qualified support from consumer advocacy groups Vodafone opens first QLD Business Centre on Gold Coast »
Share News tips for the iTWire Journalists? Your tip will be anonymous