NBN continuing to be the political football Featured 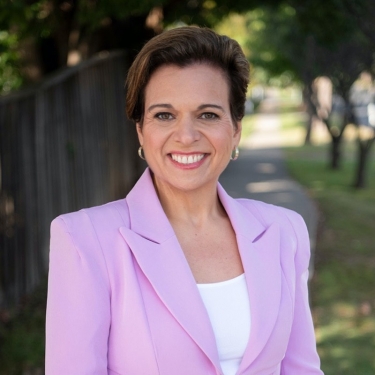 Shadow Minister for Communications and Member for Greenway Michelle Rowland

Rowland says, the Minister has tried to peddle a debunked claim that: “If we'd stuck with Labor's plan, then we would in 2020 have had five million fewer Australian premises able to connect”.

"In other words, there was no source, the Minister is just making things up, and even public officials are getting fed up with his persistent attempts to mislead.

"Minister Fletcher needs to accept he is presiding over a $57 billion technology omelette that costs more to build, costs more to operate, but delivers less than the original fibre plan.

"No amount of hyperventilating in Parliament will change that fact," Rowland concludes.

Reflecting on the past

Most of us accept the fact that the coalition when they came to office, with Malcolm Turnbull as the Minister, had to put a Coalition spin on the NBN. I wrote a report back in 2011/12, for Telsyte, that examined two scenarios, one in which Labor continued and another in which the Coalition won the 2013 federal election. I predicted that the Coalition wouldn't kill the NBN but change its direction to what they called the Multi-Technology Mix. I forecasted a very accurate technology mix, for a Coalition managed NBN, out to 2017, in the report.

The Coalition Government, peddled out the Strategic Review, published in December 2013, to justify the change in direction.

The Coalition Government then commissioned the very flawed report, "Domestic bandwidth requirements in Australia, A forecast for the period 2013-2023", by Communications Chambers, published in May 2014. This report was used to sell a lower quality Multi-Technology Mix solution to the Australian people.

At the time I wrote a response that questioned many of the assumptions made in that report; those assumptions were all set to favour lower throughput outcomes. How low was this prediction, look at figure 3 from that report below. 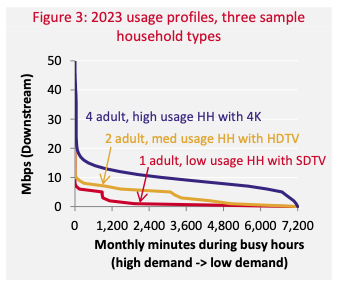 The report predicted that the median household in Australia only needed downstream bandwidth of 15Mbps in 2023, justifying the poorest access technology positioned in the Strategic Review, FTTN. So the then Government commissioned this bull, to justify its supposedly cheaper NBN, that in the end wasn't.

I do feel for the current Minister, Paul Fletcher, he has inherited this basket case, that now needs a mountain of additional capital to correct the flawed technology choices made by his predecessor.

More in this category: « Telstra and Victorian Government partner on $5.4M worth of new regional connectivity projects Aussie Broadband financial results »
Share News tips for the iTWire Journalists? Your tip will be anonymous