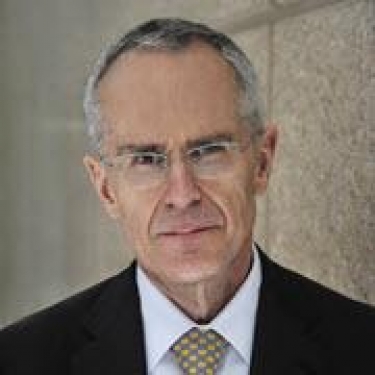 More than 7.4 million consumers are now connected to the National Broadband Network after the activation of 383,257 new services in the three months to the end of June, according to the competition regulator, the ACCC.

The ACCC’s Wholesale Market Indicators Report released on Thursday shows more than 255,000 households signed up to 50Mbps NBN plan, with almost 5 million customers on higher speed plans of 50Mbps and above by the end of June.

There was also an 11.9 per cent jump in the uptake of the higher speed 100Mbps plans, with 9.1 per cent of households now subscribing to a 100Mbps plan.

“Many more households have been at home during the day during the COVID-19 pandemic and have likely chosen higher speed plans to accommodate increased broadband use whether it be for work, entertainment or even for their children to attend school during the lockdown,” ACCC Chair Rod Sims said.

“Given the high demand for high-speed broadband during March to June in particular, we are fortunate that the NBN rollout is largely completed, as it has become an increasingly essential service for people to stay connected.”

The ACCC reports that the number of entry-level 12Mbps services decreased by 3.7% over the quarter, while 25Mbps services increased by 7.4% - and there were more than 2.3 million households on 12Mbps and 25Mbps plans as at the end of June.

“It is more important than ever that consumers have the right plan in place to ensure they are able to access broadband services,” Sims said.

“The additional network capacity offered by NBN Co at the outset of COVID-19 restrictions in March has been welcomed by the retail service providers, and has been an important factor in ensuring consumers have sufficient network capacity to meet their work, educational and entertainment needs during the pandemic,” Sims noted.

Sims also notes that the NBN Co’s temporary offer of additional 40%capacity to retail service providers (RSPs) remained in place this quarter and total Connectivity Virtual Circuit (CVC), that is, the bandwidth acquired by RSPs, grew by a further 3.5 per cent to 18.4Tbps. CVC per user remained fairly stable, falling slightly over the June quarter, from 2.52Mbps to 2.47Mbps.

The report notes that Telstra continues to have the highest market share, with 46.4 per cent of all services, down slightly on last quarter; both TPG and Optus increased their share slightly over the quarter to 22.3 per cent and 15.4 per cent respectively.

And smaller RSPs increased their share of the NBN wholesale market this quarter, from 8.1 per cent to 8.8 per cent. This group was led by Aussie Broadband and Vodafone, with 3.5 per cent and 2 per cent of all connections respectively.

And there continue to be 10 wholesale access seeker groups acquiring services directly from NBN Co at all 121 POIs, and 11 or more access seeker groups connected at 119 of the POIs. In May 2020, NBN Co also introduced a new set of premium products, branded as “Home Fast” up to 100/20Mbps; “Home superfast 250/25Mbps; and “Home Ultrafast” at least 500/50Mbps.

“The ACCC welcomes these new options being made available for consumers for whom speed is important. The availability of these new plans broadens the scope of retail offers, which will boost competition in the retail market,” Sims said.