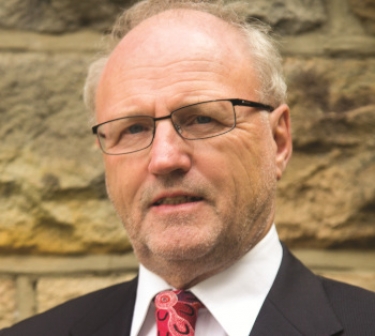 Paul Budde: "The main complaint is that this price structure makes it impossible for the RSPs to have a good grip on their costs." Supplied

The NBN Co needs to undertake a structural change to its wholesale pricing model that takes into account the changing nature of broadband use in the wake of the pandemic, independent telecommunications analyst Paul Budde says.

He was reacting to the NBN Co's announcement on Wednesday that it would propose a soft cap on variable data capacity charges and more generous data inclusions.

"NBN Co keeps on fiddling in the margins regarding its wholesale price structure of which the CVC [connectivity virtual circuit] is the most hated element of the pricing," Budde told iTWire.

"The main complaint is that this price structure makes it impossible for the RSPs to have a good grip on their costs."

Retail service providers have to pay two kinds of charges to NBN Co. The AVC is a single price per connection based on the peak speed of that connection which means that higher speeds would cost more.

The second charge is for CVC – the total bandwidth that an ISP requests to use across all its services in an area. It is called a CSA which is just a point of interconnect.

Shortly after the NBN Co's announcement, the Australian Competition and Consumer Commission said it would convene an industry roundtable in June 2021.

This, the consumer watchdog said, was in order to get the views of RSPs and help inform a revised special access undertaking that applies to the entire NBN network.

Said Budde: "The problem with NBN Co is that, as a wholesale monopoly, they basically can do what they want, they don’t have competition and the RSPs don’t have a choice.

"It is time for the ACCC to step in and end this drama that is now lasting for more than 10 years.

He said the new pricing proposals were basically fiddling in the margins and making the CVC arrangements more complex that they already were.

"In the end, this will force broadband prices up for consumers," Budde added. "[It is] another waste of time that is leading nowhere."

The ACCC said NBN Co’s existing special access undertaking spelt out the access and pricing terms for its fibre to the premise, fixed wireless and satellite networks, which only made up a quarter of active NBN connections.

“This roundtable will be an important step in this process of designing a revised regulatory model for the NBN that sets pricing and access terms for its whole network,” ACCC chair Rod Sims said.

“Until now, access pricing has largely been developed by NBN Co, so the prospect of bringing this work squarely within the remit of a special access undertaking with effective ACCC oversight is a very significant change.”

“This is the start of a long reform process that would effectively put NBN pricing under the ACCC’s regulatory umbrella, and would improve access pricing for NBN Co customers."

More in this category: « NBN Co's latest pricing review 'a massive waste of time' Nokia ranked as number one in 5G patents »
Share News tips for the iTWire Journalists? Your tip will be anonymous