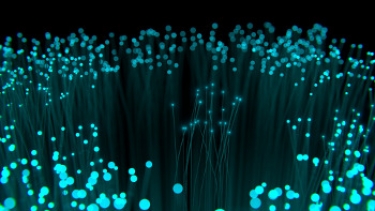 Fibre to the premises will be available to about 75% of homes on the NBN, making a total of eight million in all, by the end of 2023, with the NBN Co to spend about $3.5 billion to upgrade connections, according to an announcement made on Wednesday.

This is in addition to the $700 million to be spent on business fibre zones in metropolitan areas and the regions, and $300 million to improve regional Internet services announced on Tuesday.

In a statement released early on Wednesday, Communications Minister Paul Fletcher said fibre would be laid in streets to make this possible.

Residents will be able to ask for their homes to be connected without paying anything, but will have to fork out much higher prices for their Internet connections, with this cost to be determined by their Internet service providers.

The money for all these initiatives will be raised by borrowing from the private debt market. The NBN Co has already spent about $51 billion on the network up to the end of the 2019-20 financial year.

"From the outset, the plan set out in our 2013 Strategic Review was to get the network rolled out as quickly as possible – and then deliver upgrades when there was demand for them. We've steadily delivered on our plan for seven years; the further investment announced today is exactly what our plan envisaged," Fletcher said.

"This is the right time for this network upgrade. There is a long term trend of broadband demand growth – with a very significant spike this year as COVID-19 has changed the way we use the internet."

Finance Minister Matthias Cormann said: "This is a major infrastructure investment which will bring immediate demand stimulation, with some 25,000 new jobs over the next two years. Longer term it is estimated to increase Australia's GDP by $6.4 billion per annum by 2024. Around $1.5 billion of this additional economic activity is estimated to flow to regional Australia annually.

"NBN Co's network upgrades will enable millions of Australian homes across the country to access ultra-fast broadband by 2023. The government is also prioritising regional connectivity through the $300 million co-investment fund that enables NBN Co to partner with governments and local councils to deliver technology upgrades, particularly in fixed wireless and satellite areas."

Labor's initial NBN plan called for fibre-to-the-home for 93% of premises and fixed wireless or satellite for the remainder. In 2013, when the Coalition was elected, it brought in what it called a multi-technology mix that provides fibre-to-the-node for most premises.

Under that plan, only about two million were to get fibre to their premises, while 4.7 million would have to live with fibre to the node, which means copper making up the last mile or more. A total of 1.3 million were to  get a shorter copper line with what is curiously known as fibre to the curb and 2.5 million will have to live precariously on hybrid fibre coaxial – Telstra's old cable network. The remainder will be on either fixed wireless or satellite.

More in this category: « NBN Co announcement: Labor says Libs now recognise that fibre is better Fibre is most welcome, but affordability is important too: Budde »
Share News tips for the iTWire Journalists? Your tip will be anonymous