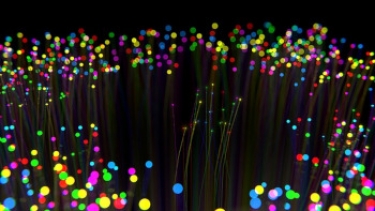 The NBN Co, the company rolling out Australia's national broadband network has announced it will spend up to $700 million on creating 240 Business Fibre Zones, including a presence in 85 regional centres.

Apart from this, the NBN Co says it has set aside $50 million over three years to work with local councils and state and territory administrations to locate areas that need business-grade services outside the fibre zones.

All businesses covered would be able to get Enterprise Ethernet connections at reduced, wholesale prices, the company said in a statement on Tuesday.

The locations of the first 130 zones are given below. These include 61 in regional locations.

Fourteen of the fibre zones will be cited close to existing health precincts – places that have major hospitals and related research and education organisations. Eleven are included in the list released today.

The reduction in prices for Enterprise Ethernet will be by as much as two-thirds. This type of plan has options for prioritised traffic, high capacity and symmetrical speeds, from 10Mbps to up to 1Gbps, the latter actually being no more than 952Mbps due to limitations of the network.

Internet retailers who order Enterprise Ethernet will not be charged for building the fibre in 90% business premises in the national network footprint.

Additionally, if a retailer takes out a three-year Enterprise Ethernet plan, there will be no upfront connection cost.

NBN Co chief executive Stephen Rue said: “The NBN Co network exists to help all Australians make the most of the social and economic benefits that fast broadband enables.

"Having helped level the playing field for residential Internet services with the rollout of the NBN Co network, we are now turning our attention to accessibility for our premium-grade business services, helping businesses in regional areas access the benefits of competition, enhanced broadband support services, and better wholesale nbn prices for the digital services they need to succeed.

"Never before has broadband been more relevant and critical to the success of Australia’s businesses. Access to fast, reliable and secure broadband ensures Australian businesses remain competitive, innovative and relevant in today’s global markets. Businesses are the economic engine of the nation, and it’s vitally important that we support Australian companies, in every location, to help them grow and stay competitive.

"For the first time, any business in an NBN Co Business Fibre Zone can get the same premium-grade services and the same wholesale prices as those in the centre of our biggest cities.

"Working with our industry partners, we believe these new initiatives will help open up the market for all Internet providers – both existing and new, small and large – driving competition so that businesses can thrive right across Australia.”

More in this category: « Nokia retains top spot in rankings as telecom software, services market hits US$66.9 billion Communications Alliance calls for government co-operation on critical infrastructure reforms »
Share News tips for the iTWire Journalists? Your tip will be anonymous