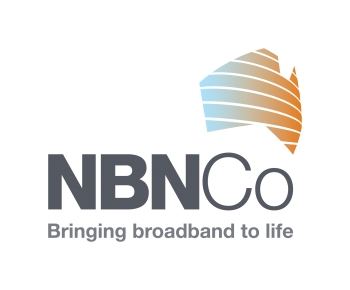 The Labor Party has called on NBN Co, the builders of the national broadband network, to accelerate its efforts to address the root cause of problems affecting the migration experience of consumers moving to the network.

The call by two senior Labor shadow ministers comes in the wake of the latest report by the Telecommunications Industry Ombudsman revealing that it had received 84,914 complaints about telcos and their services during the second half of 2017, up 28.7% on the year-ago period.

The TIO report also showed complaints relating to services delivered over the NBN have increased disproportionately, with these complaints at 22,827, up 203.9% from the year-ago period.

In a joint statement on Tuesday, Labor’s Shadow Minster for Communications, Michelle Rowland, and Stephen Jones, the Shadow Minister for regional communications, said the  concerning increase in complaints was a “damming indictment of a Turnbull Government that has spent three years plodding around like a disinterested spectator”.

“Labor hopes to see a significant reduction in complaints over the next reporting period. It’s clear that current trends are unsustainable, and consumers are fed up with the blame game”, Rowland said.

“We also call on NBN to accelerate its efforts to address the root cause of problems impacting on the migration experience of consumers.”

Jones said regulators and the TIO needed to ensure parties in the supply chain were accountable for their performance. “The time for delaying action is over,” he noted.

“In the absence of clear lines of accountability consumers will continue to come off second-best when a problem arises.

“Labor will continue to advocate for sensible measures to improve he the lived experience of consumers over the NBN.”

The two shadow ministers point to the report showing that over the 2017 calendar year, NBN complaints to the TIO surged by 204%, “despite the number of new NBN activations only increasing by 105% over that same period”.

“It was not too long ago that the Turnbull Government declared 2017 would be the ‘year of the customer.

“Unfortunately, figures released by the TIO indicate it would be better described as the year of the customer complaint.”

Despite an increasing level of complaints by users migrating to the network, NBNCo reported on Tuesday that the number of Australian homes and business connected to higher speed NBN plans "has more than doubled, with new figures revealing more than one million people have upgraded their Internet speeds in the last four months".

As reported by iTWire, in addition to "new wholesale bundle pricing options to be launched in May", the NBN Co is trumpeting the fact that more than a million people have opted for faster speeds.

The company also says that following its "commitment to provide updates on improvements to customer experience, its latest monthly progress report shows a dramatic shift in orders for plans over the NBN access network based on wholesale speeds of 50Mbps or higher, increasing from 16% in December to 37%".

More in this category: « TIO complaint numbers 'show telcos need to step up their game' After two years, govt announces telco industry safeguards review »
Share News tips for the iTWire Journalists? Your tip will be anonymous