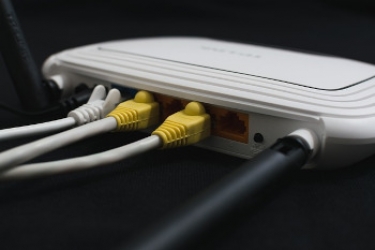 Image by Lorenzo Cafaro from Pixabay

The NBN Co, the company rolling out Australia's national broadband network, will stop providing new connections on its HFC network within a matter of days due to an acute shortage of network termination devices, reliable sources have told iTWire.

The company is expected to half the new connections from 7pm on Tuesday, with only addresses that have never had an NBN HFC connection to be affected.

The sources said these were addresses with service classes 21, 22 and 23. Contacted for comment, an NBN Co spokesman confirmed that there was a shortage of NTDs due to global supply chain issues.

However, premises with existing HFC connections will still be able to get replacement NTDs for service assurance and to replace those taken by previous tenants.

One post on the broadband forum Whirlpool also referred to an issue with HFC hardware on Monday. The post read: "Delays for new NBN HFC connections.

"Due to an industry-wide shortage of NBN Hybrid Fibre Coaxial hardware, new NBN HFC customers may experience delays connecting to the NBN network.

"Have to wait up to 2-3 months for a technician to come and install the NBN connection box."

The NBN Co spokesman sent iTWire a copy of a bulletin sent to RSPs on Monday morning, detailing how issues in the global supply chain were affecting chipset production and, as a result, the production of NTDs.

"The supplier of NBN's HFC NTDs has been unable to secure sufficient chipsets supplies to fulfil its commitments, and on Thursday, 28 January 2021, issued NBN Co with a Force Majeure Event (FME) Notification to this effect," the bulletin said. "We understand that this situation will continue for several months.

"As a result, we will not be taking new NBN orders from Internet providers for HFC customers. NBN Co is examining whether current disconnection dates for legacy services will need to be extended. NBN Co will also be making provisions for any vulnerable customers."

The bulletin said the NBN Co would not be taking new orders for HFC services at new locations by making all the unconnected HFC footprint/locations unserviceable at Service Class 20 from 7pm on Tuesday meaning that the last order for an HFC service at a new location could be placed at 6.59pm (AEDT).

"Any new HFC connection orders that have been entered up to 6.59pm (AEDT) Tuesday 2 February will be accepted," the bulletin added.

NBN Co chief customer officer Brad Whitcomb said: "We have been monitoring this issue for several months since we first became aware the global shortage of chipsets affecting various industries, including telecommunications.

"As a result, we have been working closely with our supplier to build up our HFC equipment inventories in our warehouses as much as possible.

"We would like to reassure existing customers connected to the nbn via HFC that we are able to repair and replace equipment in customers' homes if required."

This is not the first time that the HFC service has been hit by issues that have delayed the rollout of new connections.

Back in November 2017, the NBN Co said it would halt connecting new HFC services for between six and nine months while it fixed technical issues that were affecting the speeds that could be delivered on the network.

The company had to switch the technology used for connections in at least two Melbourne suburbs as a result of these technical issues.

After the technology mix to be used for the NBN was changed in 2013 following the Coalition's rise to power, plans were announced by the then communications minister, Malcolm Turnbull, to use both the Telstra and Optus HFC networks to roll out connections.

But later, it was found that the Optus HFC network was not fit for purpose and only the Telstra HFC cable was used.

More in this category: « NZ’s Commerce Commission gives telecoms stakeholders a say on next phase of fibre services regulation Aircall opens Sydney office to support 500+ local clients and growing »
Share News tips for the iTWire Journalists? Your tip will be anonymous