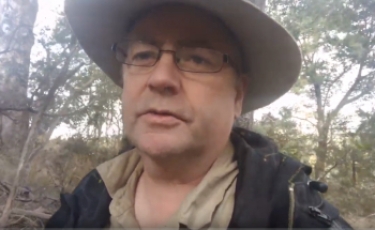 Damian Ivereigh: "Complexity brings with it its own risk of miscalculation." Courtesy YouTube

The NBN Co's latest pricing review appears to be a massive waste of time, with the company putting up ideas, ignoring feedback on all but minor issues and then just ploughing on with own agenda, one retail service provider says.

Damian Ivereigh, the chief executive of the Launceston-based RSP Launtel, told iTWire that the NBN Co's current idea of a "soft cap" on CVC charges to reduce risk was interesting, but appeared to be complicated.

"Complexity brings with it its own risk of miscalculation," he said. "This is compounded when NBN Co's account managers themselves are unable to give you a definitive answer and the general wisdom is 'see what turns up on the bill'."

The NBN Co's announcement on Wednesday said that it would propose a soft cap on variable data capacity charges and more generous data inclusions.

Said Ivereigh: "It is unfortunate that many of our previous proposals, for example a 'dimension-based overage" where the cost per Mb for overage reduces the more you buy per service, have been rejected as 'too complicated', yet complexity does not seem to deter NBN Co."

Ivereigh is one individual in the Internet industry who has always raised doubts about the NBN Co's initiatives when there are issues that he considers need to be debated in public.

"We note and welcome that the NBN Co and the ACCC have brought forward their discussions regarding the whole pricing mechanism," he said.

"The current system is unbelievably complicated and unwieldy, relying on short-term discounts and other strange (and complicated) mechanisms that just end up further confusing the market and reducing long-term investment.

"In some ways there are parallels between the telco and the power industry and the current lack of a long-term strategy."

Ivereigh said he was also extremely disappointed over NBN Co's unwillingness to look at the 10Gb NNI [network-to-network] set-up charges.

According to Wikipedia, a network-to-network interface is one that specifies signalling and management functions between two networks. An NNI circuit can be used for interconnection of signalling, Internet Protocol or ATM networks.

"There is no basis for this charge in NBN Co's costs (when compared to the $1000 per POI for 1Gb) - it is purely a purely a revenue raiser - though it must be a very small one in the greater scheme of things," said Ivereigh.

"It is a completely unnecessary and massive barrier to entry for the smaller RSPs. We cannot explain this behaviour given NBN's commitment to promoting competition in the RSPs space."