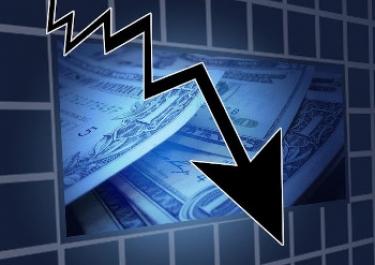 The annual losses incurred by NBN Co, the company rolling out Australia's national broadband network, have been halved in 2019-20 year-on-year, according to the company's results which were announced on Tuesday.

The company said the forecast growth in its customer base and revenues, combined with lower subscriber payments to Telstra and Optus in the future, would help to support its forecast to become cash-flow positive in 2022-23. 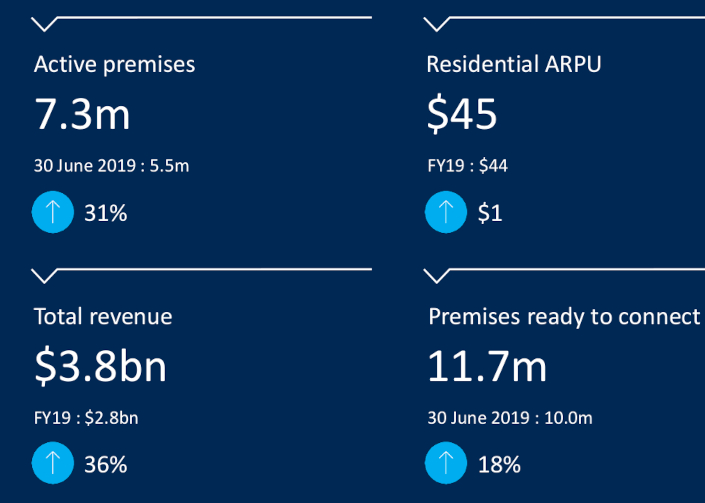 In a footnote, the NBN Co said "Fixed wireless cost per premises includes the impact of a reduction of approximately 90,000 premises in the estimated number of premises within areas serviced by fixed wireless. This premises dilution has been applied following a full analysis of available premises data for these areas."

The NBN Co said its average revenue per user had risen by a dollar to $45 in 2019-20, compared to the previous financial year. The company has said in the past that it has to hit ARPU of $52 in order to break even.

Summarising its performance in 2019-20, the company said it had:

Of the NBN Co's 2019-20 performance, chief executive Stephen Rue said: "As a company, we surpassed our activation forecasts by more than 250,000 premises and exceeded our premises ready-to-connect forecast by more than 230,000 at 30 June. We are proud of this achievement because it underscores the vital role nbn is playing to support and grow Australia’s digital economy and demonstrates that we are delivering on our purpose, which is to lift the digital capability of Australia.

“We exceeded our total revenue, build and activation forecasts. Residential ARPU grew and we significantly outperformed our forecasts for EBITDA and statutory EBITDA before subscriber costs.

“We have also achieved significant improvements in customer experience and overall satisfaction, and this will continue to be a major focus area for our company in the future. Year on year, right first time installations rose to 93% in FY20, meeting agreed installation times remained steady at 96% of cases and average network congestion fell to approximately 7 minutes per week in June.

“Following the completion of the initial network build, we are focused on our future as a customer-led service delivery organisation as we work to unlock and enable the economic and social benefits that fast broadband can deliver.

"This will require us to sharpen our efforts in areas such as customer experience and innovation, as well as continuing to simplify our relationship with internet providers so we can provide a more seamless experience to customers.

“We enter FY21 in a strong financial position and with good momentum in both the residential and business markets. We look forward to presenting our future strategy and outlook at the release of our corporate plan 2021-24 later this year.”