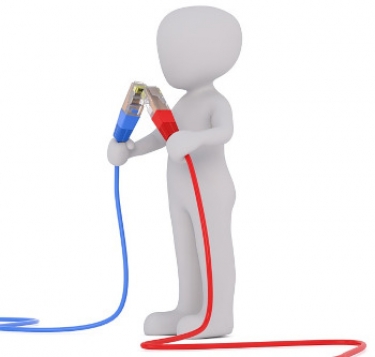 The company rolling out Australia's national broadband network has reported revenue of $3.5 billion for the first nine months of the financial year 2020-21, with no breakdown offered for the third quarter alone.

But the NBN Co has again failed to raise the level of a metric it has long touted as having to reach $52 before it breaks even – its average revenue per user or ARPU. This remained stuck at $45 for the nine months.

Going by the results for the first six months, the revenue figure for the third quarter was $1.24 billion.

The total of $3.5 billion was an increase of 23% year-on-year. In 2019, the NBN Co stopped issuing detailed quarterly results and now only provides full details plus a presentation and slides for the first six months and then the full year.

A total of 835,000 new customers have connected to the network in the nine months to March 31, making a total of 8.1 million for the nine months. This means that 200,000 have been connected during the third quarter alone, given that the figure for connected premises in the first six months was 7.9 million.

NBN Co chief executive Stephen Rue said: “We are pleased with the solid progress we have achieved and recorded across all of our key financial and operating metrics in the third quarter.

"Revenue was particularly strong, largely due to new customer activations on the network and upgrades to higher speed services. We are well placed to achieve our FY21 total revenue target of $4.5 billion, as outlined in the Corporate Plan.

“Our EBITDA performance showed a significant improvement over the previous corresponding period as a result of high revenue growth, which will support our long-term reinvestment in the network, and a 28% decrease in total operating expenses, including subscriber costs. We expect to achieve our FY21 EBITDA target of $1.3 billion.

“We have continued to invest in supporting the industry and end user customers through initiatives such as the COVID-19 CVC Credit Offer, which came to an end after almost a year on 31 January 2021.

“We are making excellent progress on our $4.5 billion network investment program, having identified and announced the suburbs and towns that will comprise the first 1.1 million of 2 million premises that will benefit from our extension of fibre deeper into communities with greater access to higher speed services, on demand.

In April the NBN Co had a successful, inaugural US$2 billion (A$2.6 billion) bond issue in US capital markets. Including this, since March 2020, the company has raised more than $12 billion in new debt, including $8.5 billion in private bank debt and $1.6 billion through five and ten-year domestic bonds.

NBN Co intends to refinance the remainder of its $16.5 billion debt facility from the Australian Government with private debt by 30 June 2024.

More in this category: « NBN reckoning coming? Aussie Broadband is the latest to warn the NBN needs to rebalance its pricing Nokia Smart Node: claimed to be an all-in-one solution for premium 5G mobile indoor coverage »
Share News tips for the iTWire Journalists? Your tip will be anonymous