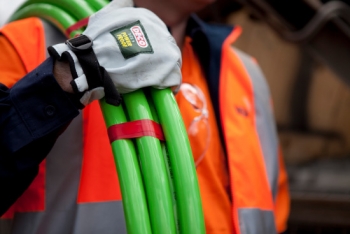 NBN Co, the company rolling out Australia's national broadband network, the NBN, has recorded a loss of $4.1 billion for the full-year 2018, according to results announced on Thursday.

NBN Co chief financial officer Stephen Rue said the company had earned $566 million in revenue for the quarter, a rise of 68% over the $336 million earned in the corresponding quarter a year ago. Revenue for the year almost doubled, coming in at $1.9 billion, compared to $1 billion for full-year 2017. 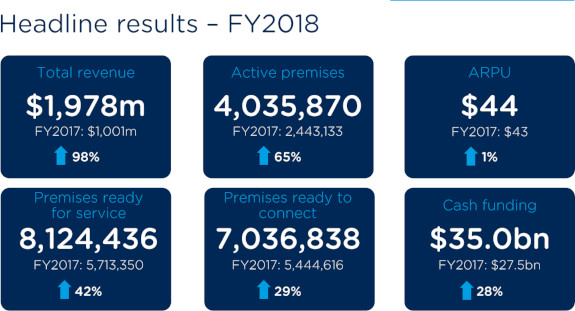 The company could not increase its average revenue per user during the quarter, with the figure remaining at $44. NBN Co has said in the past that if it wants to break even, then it needs to reach an ARPU of $52. At the end of the full-year 2017, the ARPU was $43.

Asked about this, Rue said he would address it during the announcement of the company's next corporate plan on 31 August.

NBN Co chief executive Bill Morrow said: “The 2018 fiscal year has been an important one for the company, as we’ve balanced our commitment to get the network built as quickly as possible with our priority to help improve the service for those connected.

“We listened to consumers and industry and put end-user customer experience at the heart of all management decision making. This resulted to some short-term delays in the build and activation schedule against our 2018-21 Corporate Plan, but we know the network is in better shape today than it was a year ago. 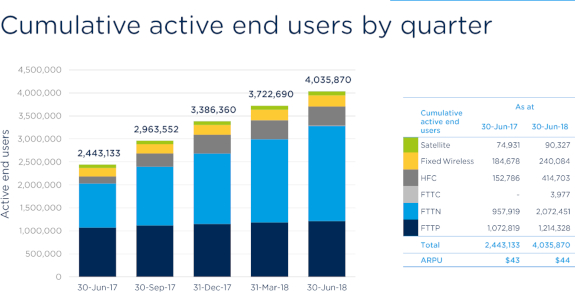 “It’s improvements in customer experience that define our success for the financial year and we’re seeing end-user satisfaction shift as a result.

“We’re demonstrating continued progress against our goal to complete the build by 2020. Today, we have 4.2 million activations on a network that is 75% built and with 99% of premises in design, construction or complete.”

The company reported the following statistics as proof of its progress on rolling out the network:

More in this category: « Revenue down, profits fall sharply as Telstra faces stiff competition NSW Telco Authority calls for industry input ahead of govt radio network expansion »
Share News tips for the iTWire Journalists? Your tip will be anonymous