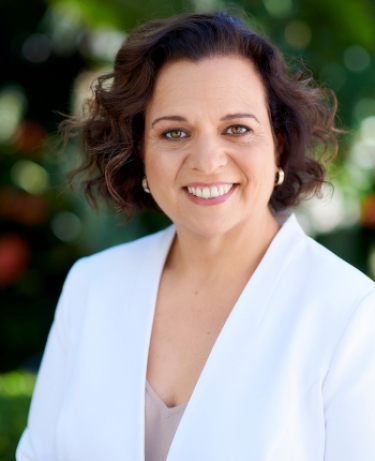 Michelle Rowland: "Today confirms the Liberals don't have a clue when it comes to technology or economics." Supplied

Labor shadow communications minister Michelle Rowland says the announcement made by NBN Co on Tuesday, about spending up to $700 million on creating 240 Business Fibre Zones, including a presence in 85 regional centres, shows that the Liberal party does not have a clue about either technology or economics.

NBN Co also said it had set aside $50 million over three years to work with local councils and state and territory administrations to locate areas that needed business-grade services outside the fibre zones.

"After spending $51 billion on a second-rate network, and a decade criticising Labor, it turns out fibre was better all along," Rowland said in a brief statement.

"Today confirms the Liberals don't have a clue when it comes to technology or economics. Their only motivation is the politics of the moment and Australians have lost out."

“During this global health crisis, the NBN has proven itself to be a vital national asset. It has supported Australian businesses as they have innovated and adapted to digital operating models to overcome the challenges of the pandemic and enabled families and friends to keep in touch virtually,” he said.

“The Morrison Government understands the importance of continued investment into Australian businesses and digital connectivity. That’s why we are making affordable ultra-fast broadband available to more businesses Australia wide.

“For the first time, businesses outside capital city centres within these Business Fibre Zones will have access to CBD zone wholesale prices, driving annual cost savings of between $1200 and $6000.”

“This Initiative will create more jobs as we combat the impact of COVID-19 on our economy and employment across our country. The construction of the Business Fibre Zones will deliver up to 6000 new jobs by 2021-22, including more engineers, project managers and construction crew,” Cormann said.

The head of Macquarie Telecom, Luke Clifton, welcomed the announcement, saying it proved NBN Co had not only been a friend to businesses during the pandemic, but was also committed to helping them recover.

"The value of our now most important national asset has been proven and then some, and the position we're in is a complete turnaround from the detrimental journey tier one telcos had us on before the NBN was introduced and executed," Clifton said in a statement.

"Crucially, the availability of point-to-point fibre-on-demand to 85 regional zones will bring greater competition to regional Australia and [will] be the final nail in the coffin for tier ones [which are] under-serving and over-charging regional businesses that have not had a choice of provider.

"The planned 6000 jobs will also bring much needed relief to hard-working Australians stuck in Centrelink queues around the country or worried about joining them. The telco industry should be emboldened by this, and step up its investment in Australia's recovery and local jobs.

Labor's initial NBN plan called for fibre-to-the-home for 93% of premises and fixed wireless or satellite for the remainder. In 2013, when the Coalition was elected, it brought in what it called a multi-technology mix that provides fibre-to-the-node for most premises.

More in this category: « Communications Alliance calls for government co-operation on critical infrastructure reforms NBN Co to spend $3.5b to provide fibre to most homes by 2023 »
Share News tips for the iTWire Journalists? Your tip will be anonymous