NBN available to 75% of premises: Fifield 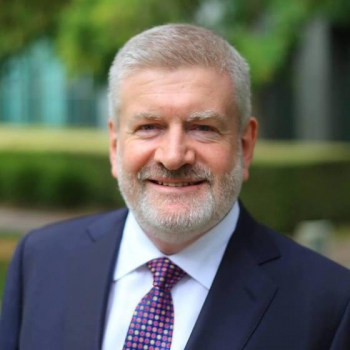 As previously reported, NBN Co's half-yearly report for the period ending December 2018 showed 9.5 million premises were ready for service, more than three-quarters of the 11.6 million expected by June 2020.

Noting that NBN Co had reached this milestone, Fifield said NBN Co was on track to connect every Australian home and business to affordable, high-speed broadband by 2020.

“The NBN rollout is now reaching every corner of our country, transforming Australia’s communications landscape,” said Fifield, perhaps with an eye towards the coming Federal election.

“We want to ensure all Australians have the technology they need to connect with family and friends, access quality education, health services and do business globally.”

He claimed the NBN was also making broadband Internet more affordable, by expanding customer choice to more than 160 retail providers. Australia was said to be the seventh most affordable broadband of 22 countries based on broadband prices as a share of household income, but the source of that statistic was not revealed.

Fifield noted that 56% of all NBN connections were on 50Mbps or higher tiers. However, according to the latest Ookla Speedtest Global Index, Australia is ranked 60th (five places lower than in the previous report) for fixed broadband speeds, with an average of 33.28Mbps. The global average was 55.52Mbps.

That could be explained by the extent to which NBN adoption lags behind availability. The corporate plan indicates that of the premises that could connect, only slightly more than half had done so. While there's always going to be a lag, it seems many people are in no rush to switch.

Anecdotally, it seems that some are waiting because they are not convinced they will get a better service (perhaps due to reports of under-performing FttN connections), while others are inclined to stay with their current service provider but don't want to pay extra for similar or possibly lower performance than they get from existing technology (apparently haggling can take care of that). And of course some – rightly or wrongly – are dropping their fixed services in favour of 4G.

And you can't help wondering what adoption rates and average speeds would have been if the original plan for a mostly-FttP NBN hadn't been dumped in favour of the multi-technology mix that means some premises can't get 50Mbps unless they are prepared to pay thousands (in some cases six-figure sums) for a better connection under the Technology Choice program.

Former NBN Co chief executive Michael Quigley recently wrote that forcing MTM onto NBN Co "created significant financial problems" for the company, as well as creating the need for another round of capital spending after 2020 "because many of the poorly served fibre-to-the-node areas with long copper lines will require upgrades to cope with an ever increasing demand for speed and bandwidth".

"From every angle, the decision to use the old copper and HFC (pay-TV) cables has turned out much worse than the Coalition’s plan anticipated," he wrote.

More in this category: « ACMA to issue revised rules for international mobile roaming NetComm pushes 5G self-install tech at MWC »
Share News tips for the iTWire Journalists? Your tip will be anonymous