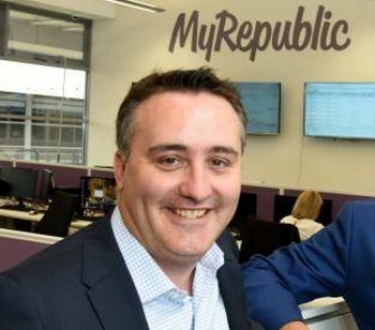 MyRepublic chief Nicholas Demos has stepped down from his post, with the long-serving head of the small ISP that operates in Australia, New Zealand, Indonesia and Singapore to finish up this week.

A reliable source told iTWire that a number of staff across the ISP's five sites had been made redundant.

The source said that the company was using what was characterised as a skeleton crew to run operations.

The small staff component was looking after technical support, IT, data, service delivery and compliance.

This is expected to affect customer service as MyRepublic is now using Live Chat exclusively.

In an official statement, MyRepublic said: "Nicholas has been managing director for five years, joining from Telstra's Belong where he was general manager, and has been instrumental in the launching and building of the MyRepublic business in Australia.

"As part of that journey, he also took on responsibility for our New Zealand business, thereby managing our ANZ platform.

"Having been MyRepublic's first managing director for Australia and having built and managed our Australia and New Zealand businesses to profitability, Nicholas has decided to move on for personal reasons to take on new challenges.

"The statement quoted MyRepublic chief executive and founder Malcolm Rodrigues as saying: 'We respect his decision, offer him our full support, and express our sincerest gratitude for his work in building the ANZ MyRepublic platform and brand. He will always be part of the MyRepublic family, as well as a co-owner, and we wish him the very best'."

"Going forward, MyRepublic will continue to adopt a regional management structure with centralised digitized operations to drive efficiency and customer responsiveness through our regional platform. Yong Teck Yap, group managing director, will be overseeing the Australia business and operations. Nicholas will be working closely on the transition of leadership of the business, over the coming weeks."

MyRepublic entered the Australian market in November 2016 and Demos made his presence felt, by regularly engaging with the media and challenging the incumbents.

During an interview early in 2017, he told iTWire that Telstra, Optus, TPG and Vocus had no interest in making the NBN an attractive proposition because it would be taking business away from them.

He added that this was why costs were being kept high, to push customers to take up slower speed tiers which were within their budgets.

For a while, Demos had a promotion going in Wollongong, offering gigabit connections to residents for $129.99, saying that he had done this to disprove the assertion by then NBN Co chief executive Bill Morrow that Australians would not take up high-speed connections even if these are offered free.

The statement added: "The continuous reshaping of the MyRepublic operating model is part of the natural evolution of a tech company.and quoted Yong as saying, 'As we continue to drive automation under a converged single regional platform, we are bound to reshape our operating model'.

"Affected staff are mostly in customer service and operations in offices regionally and impact an unspecified number of staff.

"The telecom sector is reinventing itself, with our future success dependent on being able to drive a highly scalable, super automated tech-stack and operating model into our own operations as well as into operators to whom we license our platform."

Update: iTWire also contacted MyRepublic Singapore to find out how many staff had been made redundant there and to inquire about the financial position of the company.

In a statement, Rodrigues said: "MyRepublic is in a strong financial position with a profitable business and substantial cash on hand. We have the support of strong financial partners, and we are well capitalised. Our financial performance will be made available publicly mid-October."

He denied that operations were being run by a skeleton crew, adding that there had been less than 10 redundancies in Australia.

More in this category: « Mactel chief blames offshoring for huge rise in TIO Internet complaints Wholesale mobile voice services to cost less from next year »
Share News tips for the iTWire Journalists? Your tip will be anonymous