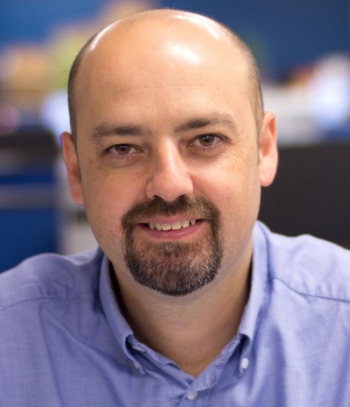 VoIP provider MyNetFone is celebrating ten years in business - quite an achievement in a market that has seen lots of companies come and go.

MyNetFone co-founder and CEO Rene Sugo told iTWire that the company's genesis was in Symbio Networks, which built VoIP-related equipment and software for ISPs and other companies in the telecommunications industry.

"We saw an opportunity to create a solution for VoIP" as Symbio's customers were not implementing the technology in a customer-friendly form.

So Mr Sugo and his business partner decided to offer a ready-to-go product under their own retail brand, hence MyNetFone.

The new venture started by offering VoIP service plus a softphone program at computer markets around Sydney and nearby cities, but it took several weeks before the first sale was achieved. Potential customers "didn't understand it," he said.

So the MyNetFone team realised "it had to be totally plug and play," and this led to the development of the V100 ATA (analogue telephone adaptor). All a customer had to do was connect the V100 to the mains and to their router, then plug in a normal phone handset and then start making calls - there was no need for the manual configuration that other companies left to their customers.

The big attraction of MyNetFone was that what was normally a timed STD call was charged as a flat-rate local call.

The company committed to having 5000 units produced by NetComm, and they sold in a matter of weeks: "it just went viral," Mr Sugo told iTWire, and MyNetFone attracted 10,000 customers within six months, and the company was able to make its IPO in May 2006.

The price of the V100 eventually dropped to $9.95, and 30,000 V100s were sold. Winning multiple awards from leading PC magazines also helped the relatively unknown company's credibility, and MyNetFone can be seen as a textbook example of how a startup should work with the IT media.

Other companies tried to copy MyNetFone's model. The company did not have an exclusive arrangement with NetComm despite contributing intellectual property to the V100, so others were able to take advantage of its plug-and-play convenience.

But they didn't have MyNetFone's self-service customer portal, back office integration or other innovations, which allowed the company to flourish in the face of competition.

In 2008 MyNetFone made a big push into the business market with the launch of its virtual PBX service. The product was slow to take off - three months passed before the first customer signed up. "We were ahead of the game," he said, but now MyNetFone attracts around 80 new business customers a month.

"It's a mature, stable product," he said. Like the residential service, it is easy to use and a good value proposition. Being a cloud-based service there's no capital expenditure (apart from handsets), and it costs 30 to 40% less than Telstra's offerings, 50% if call costs are included in the calculation, Mr Sugo said.

The next major step came in 2010. Businesses understandably wanted to keep their existing phone numbers when moving to VoIP, so MyNetFone invested heavily in making that not just possible but easy.

The company had to build a network to interconnect with Telstra's, and the financial commitment required was "scary," he said.

The result was "a big leap forward." Not only did it introduce number portability to VoIP, it also reduced the time needed for porting from six weeks to three days.

MyNetFone's VoIP network was actually operated by Symbio Networks, which at that stage was a separate but associated company. It also wholesaled the service to other VoIP providers.

In 2011 MyNetFone acquired Symbio and now 120 providers run on the network, making it the fourth largest voice carrier in Australia (behind Telstra, Optus and AAPT), with 3 billion voice minutes per year, or approximately 10% of the landline market.

"That's pretty impressive," said Mr Sugo. "We've outlived a lot of the other startups" and others have become MyNetFone's wholesale customers.

"A lot of people want to be a service provider," he said, and there are now only six wholesale providers of voice services in Australia.

"Voice is still very important," he said, "we've done the innovation, now it's [a matter of] execution." There's an opportunity over the next five years to move all landline users onto VoIP (though he admits many residential users and some small businesses are going mobile-only), so the company's current focus is on scalability.

MyNetFone's systems are already set up to handle growth to 6 billion minutes annually, and the company is looking towards growth to 9 and then 12 billion.

In 2012 the Tasmanian Government selected MyNetFone to provide VoIP telephony, and Mr Sugo said he expects other governments to follow suit.

The company is also working to bring down the cost to businesses of acquiring and porting 13 and 1800 numbers. "To me, such numbers are the future for businesses," he said.

There is also a possibility of international expansion into Asian countries as their telecommunications markets are deregulated and broadband is widely available, but MyNetFone will continue its focus on business: "Our future is in business communications or wholesale," he said, not residential telephony.