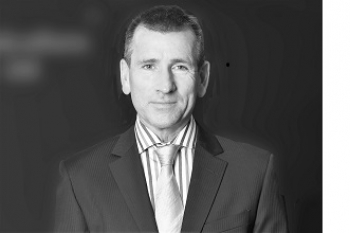 The telecommunications industry is still struggling with the disruptions caused by the rollout of the NBN and the transformation of communications delivery platforms, according to one key industry group.

John Stanton, chief executive of the lobby group Communications Alliance, raised his concerns following publication of the latest report revealing an increase in complaints as a proportion of services in operation to the Telecommunications Industry Ombudsman to 9.3 per 10,000 services over a three-month period. This is higher than the previous quarter at 8.7.

The TIO Complaints in Context report, for the three months from January to March 2018, reveals increased dissatisfaction with the complaints handling performance by the industry.

“This result highlights that our industry is still struggling with the disruptions caused by the rollout of the NBN and the transformation of communications delivery platforms. Though the numbers are very disappointing, we are continuing our work on customer-centric initiatives with government, regulators and consumer representatives to improve the overall customer experience,” Stanton said.

The CA says the customer satisfaction survey shows there is a need for continued efforts by the industry to address customer concerns.

Just this week, Communications Minister Mitch Fifield questioned the manner in which the TIO had calculated the percentage rise of complaints relating to services delivered over the NBN.

"When you compare against the preceding six-month period (92,046 total complaints from January to June 2017) complaints actually decreased by 7.75%," Fifield said.

"This presentation could give the impression that responsibility for this figure rests with NBN Co."

The advice the government had received from NBN Co was that of these 22,827 complaints, less than 5% (1052 in total) were sent to NBN Co to be resolved, he said.

Citing figures (seen above), he argued that in 2017 the rate of complaints for services delivered over the NBN had actually decreased by about 16%.

"Without this context and information about which party (NBN Co or retail service provider) is responsible for resolving customer complaints, organisations lack accountability, which, as today's TIO complaint numbers (irrespective of who is responsible for them) show, leads to poorer outcomes for consumers of telecommunications services," Fifield said.

However, he did acknowledge that, no matter where the fault lay, the number of complaints was too high and announced a review of the telecommunications consumer protections framework for a post-2020 environment.

More in this category: « Rowland says brownfield sites slowdown depriving NBN Co of revenue Spark on the alert to stop phone scams »
Share News tips for the iTWire Journalists? Your tip will be anonymous