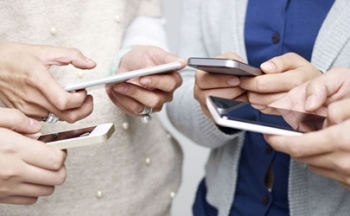 Australia’s mobile virtual network operators are continuing to take market share from the major, traditional mobile network operators) in the pre-paid mobile market, according to a newly published research report.

The report, from Roy Morgan Research, says that MVNOs are resellers of network bandwidth from one of the main players such as Telstra, Optus and Vodafone – and although the majors still have their network used, "they are disadvantaged by the rise of MVNOs, because they lose direct contact with the customer and therefore lose the ability to add value by charging higher prices and increasing margin which is taken by the MVNO".

Over 6.7 million Australians (32.6%) now have a pre-paid mobile phone, and an increasing share of these are bought via an MVNO such as those operated by the likes of Aldi Mobile, amaysim, Kogan, Boost, Lebara, Lycamobile and others, according to the research conducted by Roy Morgan in the six months to December 2018.

The company says that MVNOs are now used by nearly two million Australians or 29.4% of consumers who have a pre-paid mobile phone.

“This market penetration for MVNOs is up a significant 2.5ppts in the last year alone and up by 6.3ppts from four years ago in the six months to July 2014,” Roy Morgan reports.

“In contrast, the market share of the traditional MNOs such as Telstra, Optus and Vodafone has dropped to 71% of the consumers who have pre-paid mobile phones. This is down 2.4ppts from a year ago and down 8.7ppts from the period of the six months to July 2014.

“The combined market share in the pre-paid mobile phone market is greater than 100% which is because there are several consumers who have multiple mobile phones.”

“The majority of these new users of pre-paid mobile phones are opting to choose an MVNO such as Aldi Mobile, amaysim, Lebara or Lycamobile rather than a traditional MNO such as Telstra, Optus or Vodafone.

“Driving the increasing adoption of these MVNOs are a number of trends including Australians looking for a better deal and ‘switching’ providers to find a good deal, as well as younger Australians entering the mobile phone market for their first time and taking advantage of competitive deals on offer from the likes of Aldi Mobile.

“In addition, the Roy Morgan data shows there are many international students and young Asian millennials from countries such as India and China are attracted to familiar international brands such as Lebara and Lycamobile.

“The attraction of a pre-paid mobile phone is also supported by the flexibility it offers. Users of pre-paid mobile phones aren’t tied to a monthly plan that may last for two or more years and can be on the lookout for an even better deal that might come along at any time.”

More in this category: « Optus claims record audiences for UK Premier League coverage Telstra workers set to strike over pay, conditions »
Share News tips for the iTWire Journalists? Your tip will be anonymous