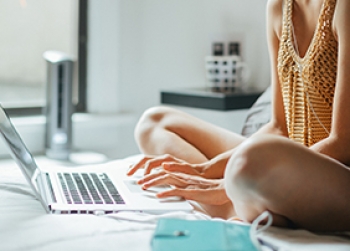 It seems the much-discussed and debated National Broadband Network may not yet have caught the attention of many Australians – with new research released by comparison website iSelect showing that 60% of Aussie households are not aware that they must move across to the NBN network within 18 months of it becoming available in their area.

According to iSelect, research it commissioned reveals that, in addition, more than half — or 54% — of households recently surveyed do not understand how to properly connect to the NBN network when it becomes available in their area.

And, those households — one in five to be exact — believe an NBN connection happens automatically and 33% “have no idea at all”.

The Galaxy Research study was commissioned by iSelect to assess the attitudes of Australian households towards the NBN and iSelect says the survey revealed a “concerning lack of awareness” about how the NBN network works, particularly among households who are yet to connect to the network.

Laura Crowden, spokesperson for iSelect, said Australians who are eligible for the NBN network need to arrange their own connection to the service.

“While NBN Co. is responsible for building and delivering the NBN across Australia, you can’t actually buy a plan through them. These are available through the many Internet providers selling NBN plans.”

And, according to Crowden, the survey shows that the matter of who sells NBN broadband plans is misunderstood by 47% of Australians who either "don’t know" who sells it or believe the service is sold by the federal government, state government or NBN Co themselves.

“Once a household has confirmed via the NBN website that their home is NBN ready, they will need to contact a phone or Internet service provider or a broadband expert to discuss their options.”

The survey reveals that the majority of Australians plan to actively move across to the NBN network when it becomes available in their area, but 60% do not know they have a choice in NBN speed tiers on broadband plans.

“Connecting to the NBN network will improve broadband performance and provide the ability for households to reliably utilise multiple devices at the same time,” Crowden says.

And, Crowden says that the arrival of the NBN means for the first time, Australians will have the ability to choose their desired Internet speed.

“It’s important to choose the right speed tier to suit your needs, as a low speed tier could actually be slower than your current ADSL or cable service.

“You also need to be aware that with different speed tiers come variable costs, so it’s important to weigh up your preferred speed and data allowances against your needs and budget.”

The survey also found that faster and more reliable Internet services are seen to be the key improvements the NBN will provide for Australians.

More in this category: « Government proposes broadband levy on telcos to help fund regional NBN rollout Optus hits a six with rights to Women’s Big Bash League »
Share News tips for the iTWire Journalists? Your tip will be anonymous