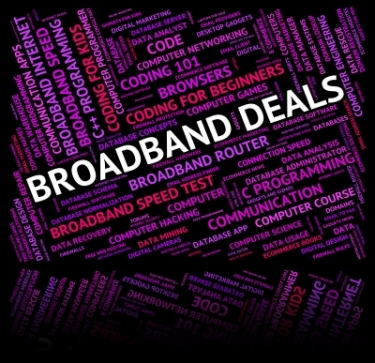 The announcement was welcomed by the Minister for Communications, Cyber Safety and the Arts, Paul Fletcher, who said “with this announcement, the effective wholesale price of data capacity across most bundles is now less than half its 2016 level.”

“It is pleasing to see NBN Co delivering greater value and more certainty for retailers, which is expected to result in better outcomes for consumers,” Minister Fletcher noted.

“NBN Co’s new wholesale products will provide more choice of cheaper, faster plans, with more data. This will deliver significant benefits for around 10.3 million Australian homes and businesses able to connect to the NBN.”

Minister Fletcher said that among NBN Co’s proposals are better value mid-tier bundles with increased data capacity - and the data inclusion for NBN Co’s most popular wholesale plan, the 50Mbps bundle, will increase while the wholesale price remains unchanged.

The company has also announced three new high speed products which will launch in May next year, the fastest of which will offer speeds of up to 1Gbps.

In addition, NBN Co has confirmed that for the first time it will provide greater data capacity provisioning on the majority of its wholesale products to help retailers provide faster speeds to their customers.

The changes are the result of NBN Co’s 2019 Wholesale Pricing Review, which involved extensive consultation with retail service providers and consumer groups.

It also follows an announcement made by the Federal Government in September that NBN Co would introduce a discounted entry level wholesale bundle to make broadband more affordable for around 500,000 budget conscious households.

“The introduction of the discounted entry level wholesale bundle has been successful in helping more Australians get online, with the take-up of the 12Mbps bundle more than doubling since the discount was introduced in October. This is great news as more people are able to use the NBN to boost their digital connectivity,” Minister Fletcher says in s statement issued on Tuesday.

“Almost 90 per cent of Australians are now able to connect to NBN high-speed broadband, with the company remaining on track to complete its build phase next year.”

More in this category: « Australian uni students explore China with Huawei Telcos must ‘play their part’ for consumers to benefit from NBN pricing changes »
back to top