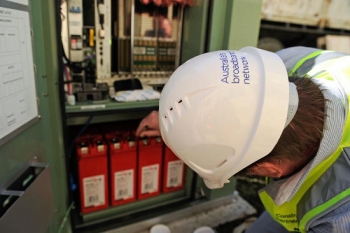 The main problem with the current approach to the national broadband network is "lemonade-stand economics" — a simplistic approach that completely ignores any cost or benefits that doesn't cross NBN Co's financial ledgers — the head of an IT lobby group says.

Robert Hudson, president of the IT Professionals Association, told iTWire that while there were significant issues with the multi-technology mix technology that was being used, the crux of the issue was much deeper.

He said it went to "the political climate of the entire NBN project, the short-term and short-sighted economics being applied to it, the decisions these factors have resulted in. The impact those decisions have on quality of delivery and outcome is where the focus really needs to be".

Commenting on the Four Corners NBN programme aired on Monday night, Hudson said while it was put together well, "it only scratched the surface, rather than digging deeper into some of the core problems".

"The fact that key issues are being missed when the issue of the NBN does come to the attention of the public goes to show the value and importance of having a vocal independent industry association such as ITPA that does its best to champion the industry, the people working in it, and to highlight the critical technology issues affecting everyone in Australia (present and future)," he added.

Hudson said the government's attitude to the NBN was all wrong. "Even (NBN Co chief executive) Bill Morrow acknowledged that the decisions made by the current government are resulting in the poor outcomes that we're receiving," he pointed out.

There are two key areas the government needs to focus on if it wanted to fix the network, according to him.

First, it needed to focus on the social and economic benefit that would be delivered by a ubiquitous NBN, particularly as Australia competes in global markets where access to technology is critical.

"Manufacturing in Australia is basically dead as a major industry, and the current government themselves acknowledged that technology innovation (Prime Minister Malcolm Turnbull's 'ideas boom' statement that led to the formation of the National Innovation and Science Agenda) is key to Australia's long-term future," Hudson said.

"It's one thing to call out for the country to become more innovative, it's another thing entirely to support that with key underlying infrastructure."

Secondly, the focus should be on the cost benefit to the government in delivering services to the community.

"Not only can services be delivered online by government at a lower cost than by previous means (consider the reasons the 2016 census was run primarily online), but those services can also be enhanced through online delivery," he said.

"Medical and education services can be delivered online faster, deeper into remote areas, and more richly than previously possible – a < $100 webcam and an NBN connection allow a medical specialist in a capital city hospital to visually inspect a patient in outback Australia (whereas the patient would previously have had to travel potentially thousands of kilometres, at a significant cost in terms of time and money), students in remote regional areas can not only hear their teacher (as they could over the radio in the past), but also see the content being used to teach, and interact with it online.

"The ability to decentralise both service delivery and consumption is also critical to ensuring that our population is better able to decentralise from capital cities and sustain populations in regional areas."

Hudson said if the government continued to concentrate its efforts on cutting the cost of deployment and then the sale of the NBN as soon as possible, rather than the quality of the outcomes it delivered to the Australian population, the network would never be fixed.

"Morrow himself acknowledged that under the current situation, NBN Co is unlikely to ever return a profit, let alone provide a commercially viable return for investors," he said.

"Unfortunately, the solutions being talked about at present by NBN Co and the government are all about creating barriers for the competition to the NBN (Morrow acknowledges that 4G networks are already a threat in some areas, and 5G is only going to be worse in this regard), rather than focused on fixing the issues within the NBN and allowing it to offer a compelling product."

More in this category: « Ericsson demonstrates VR video stream over 5G, tests 5G to 28GHz NBN Co plans to use G.fast technology for rollout in 2018 »
Share News tips for the iTWire Journalists? Your tip will be anonymous