Labor slams govt over NBN 'cost blowout' of $2b Featured 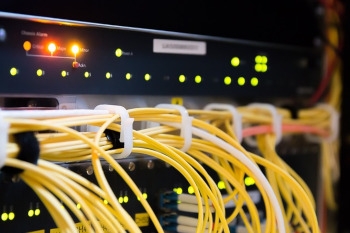 The Australian Labor Party has described the national broadband network as being on "life support" with the announcement on Friday that the total outlay would be $51 billion, compared to the earlier figure of $49 billion, described as "a cost blowout" that was "nothing short of a disaster".

NBN Co announced its corporate plan 2019-2022 on Friday. The rollout is scheduled to be completed in 2020, but issues with both HFC and fixed wireless have led to missing some financial targets.

The company is also unlikely to achieve its targeted $52 in average revenue per user even by FY22.

The two Labor shadow ministers said that among what they characterised as the key failures in the corporate plan for 2019-2022 were:

Rowland and Chalmers said: "The scale of these failures raises serious questions over [Finance Minister] Mathias Cormann’s judgment and whether Mitch Fifield should continue in the Communications portfolio at all.

"Since taking over the portfolio, ...Fifield has not taken his responsibilities seriously, which at key junctures has bordered on wilful ignorance.

"Fifield’s HFC debacle must be subject to forensic examination given the shareholder governance failures at play.

They said the Liberals’ "NBN failures" would have significant consequences, including:

Rowland acknowledged the efforts of outgoing chief executive Bill Morrow who did not figure in Friday's corporate plan announcement, with Stephen Rue doing the honours.

"There are few leadership roles in this country as testing as NBN Co CEO," Rowland said. "Over the past four years, Bill Morrow dedicated his skill and energy to the project in pursuit of a broader good.

"Morrow didn’t shy away from Parliamentary scrutiny, and was refreshingly forthright in his approach to discussing issues facing the rollout.

"Whilst this candour would sometimes result in sharp criticism from Labor, it must be acknowledged the CEO was willing, at key junctures, to explain problems for what they were."

She said despite all the political debate, the underlying mission of the NBN had always been about equality of opportunity.

"Morrow sought to promote this objective under challenging circumstances. Australia has been very fortunate to attract a business leader of his calibre, and we do hope he chooses to remain onshore.

"We wish [him] success in whatever he seeks to pursue in his next chapter."

More in this category: « Commerce Commission has NZ mobile market under the microscope Melbourne ISP Telecube goes into liquidation »
Share News tips for the iTWire Journalists? Your tip will be anonymous