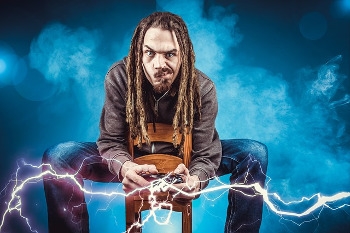 The president of a professional IT lobby group has taken NBN Co chief executive Bill Morrow to task over his reported comments that gamers were to blame for congestion on the NBN fixed wireless network at peak times and they may be subject to lower speeds in order to fix the problem.

Robert Hudson, who heads the IT Professionals Association, said in a statement that he was appalled at Morrow's attempts to blame gamers, adding that he rejected the rationing of data usage as a solution.

Morrow told a parliamentary hearing in Sydney on Monday afternoon that any heavy users who would be targeted by a fair use policy were "gamers predominantly", adding, " "While people are gaming it is a high bandwidth requirement that is a steady streaming process. This is where you can do things, to where you can traffic shape – where you say, 'no, no, no, we can only offer you service when you're not impacting somebody else'."

This was in contrast to what the NBN Co itself published in December 2016. "Believe it or not, some of the biggest online games use very little data while you’re playing compared to streaming HD video or even high-fidelity audio," the company said in a blog post. "Where streaming 4K video can use as much as 7 gigabytes (GB) per hour and high-quality audio streaming gets up to around 125 megabytes (MB) per hour, (but usually sits at around half that) certain online games use as little as 10MB per hour."

Hudson (below, right) said the NBN Co was facing a range of technical configuration and congestion issues on its HFC and fixed-wireless networks and had found that the easiest way to deflect blame was to demonise a section of the online community that was only using what it had paid for. 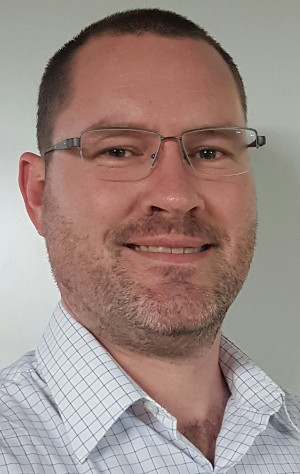 “The problems it is experiencing are a lot closer to home. They are under-provisioning backhaul to their fixed wireless hubs that service their customers and that is a planning issue not a usage issue," he said.

“Given the wholesale pricing structure back to RSPs, there is no excuse for them to be under-provisioning bandwidth and wireless node capabilities to fixed wireless hubs.

“Basically, NBN Co. got caught on the hop by unexpected bandwidth usage on the fixed wireless network. Rather than groom the top speed tier of fixed wireless subscribers to level out service quality of all users, they should just be provisioning what users are paying for.

“Effectively, the issue isn't a technical one, or even a complex one - it's a business one. They bet on the fixed wireless footprint consuming less data than they actually pay for and considering the number of fixed wireless users was vastly increased thanks to the multitechnology mix redesign, that is a shocking miscalculation.”

Hudson said it was "totally outrageous" for NBN Co to blame gamers for the problems, adding that it was worse that the company thought it was okay to hobble the services consumers had bought in good faith, based on their usage preferences.

“If someone has paid for 24/7 unlimited data, then it is none of NBN Co’s business what they are using that unlimited data on and when they are accessing it," he said. “Further, it is a ridiculously uninformed comment to suggest that online gaming is the problem when it uses as little as 5% of the bandwidth used by premium video streaming services such as Stan and Netflix.

“Even the most data-intensive games would use significantly less data than someone binge watching Game of Thrones as an on-demand video service at low data quality levels. So, why vilify the online gaming community in this manner?”

He said even the notion that online gaming consumed more bandwidth than other activities - especially streaming media, but even things like video conferencing - was ludicrously misinformed.

“We deserve better from the people in charge of the most significant technology project on the history of this country," he said, adding that this "is sadly symbolic of the shambles the NBN has become".

More in this category: « French expert: Huawei unsafe because 'China is not like us' Rigorous new complaints rules set to be imposed on telcos »
Share News tips for the iTWire Journalists? Your tip will be anonymous