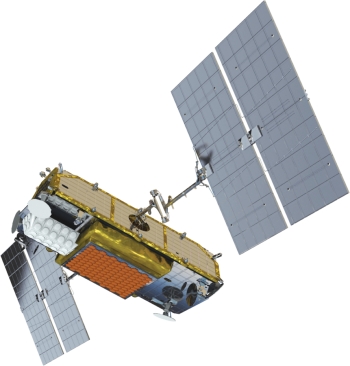 The service extends the reach of terrestrial and cellular infrastructure “like never before”, providing uncompromised coverage to the most remote locations across the planet.

Pivotel chief executive Peter Bolger said the company was proud to be the first and only mobile carrier in Australia approved to provide the Iridium Certus service.

“The debut of Iridium Certus marks a new era of satellite communications where consumers are offered access to secure and reliable voice and data solutions that are mobile, compact and can operate in the most remote environments virtually anywhere in the world, and we’re thrilled to be among the first providers in the world to bring this service to market,” Bolger said.

“The smaller profile and competitive pricing of the Iridium Certus satellite terminals will open up new markets for satellite-based mobile data, and we’re expecting emergency services, utilities and government agencies to be among the early adopters.

“The dual mode cellular and satellite-land terminals with least-cost routing will allow customers to maintain critical communications virtually anywhere in the country, further closing the digital divide between city and country.”

Iridium chief executive Matt Desch said he was pleased to partner with a leading company like Pivotel as it helped the company to push boundaries and provide connectivity for customers residing within the 80%+ of the world that lacks cellular coverage.

“The launch of Iridium Certus has been a huge achievement and we’re eager for our valued partners to adopt and roll-out the new service which has been long-awaited by every target industry,” said Desch.

“Iridium Certus addresses the needs of satellite communications users with a robust suite of solutions available, disrupting the status-quo through our smaller, faster, lighter and more cost-effective terminals and service."

Pivotel says seafarers will also be among those set to benefit. Global coverage and cost-effective plans will allow maritime users to have a more competitive range of choices when evaluating connectivity solutions for vessels of any size.

Pivotel expects the service will be highly regarded by operators of medium sized vessels wanting Iridium Certus as their primary data connection or as a reliable backup to VSAT on large vessels.

The launch of the Iridium Certus service comes at the end of a long running project that involved integrating Pivotel’s Australian carrier network with the Iridium Certus infrastructure in Tempe, Arizona, and provides points of interconnect in Australia, Los Angeles and New York.