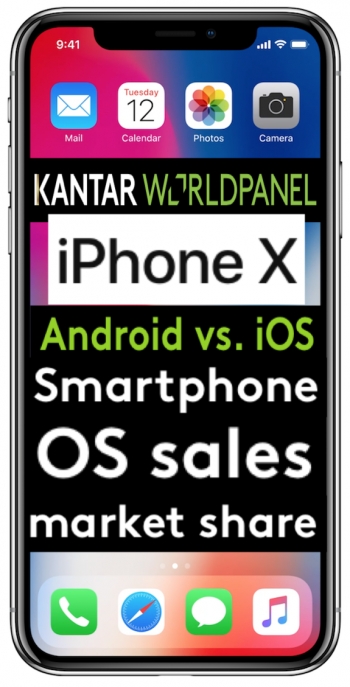 Far from having soft sales, as some reports have suggested, and as Apple is expected to indicate in its financial results later this week, iPhone X has done very well indeed.

Kantar has also revealed its data showing "that in the three months ending December 2017, iOS made an overall share gain of 0.7% to 24.8% across the big five European markets, despite market share falling by 2.4% in the UK".

"Strong results in Spain and Germany, where iOS is nearing a quarter of the market, were also replicated in Urban China, Japan and Australia thanks to the performance of Apple's newest three handsets. "

However, despite a strong performance by iOS across most markets, Kantar tells us that, "Android losses have, to some extent, been cushioned by the rapid fall of Windows, whose share now stands at under 1% in all markets except Italy".

Dominic Sunnebo, global director for Kantar Worldpanel ComTech, said: "The full results for the last quarter of the year show that Apple's decision to release three new handsets over a staggered period, including the ultra high-end iPhone X, has been a sound one.

"With Apple's existing release structure, expectations would always be that the flagship model would be the top selling device in key developed markets, but with the premium price of iPhone X, real-life affordability has come into play.

"Given that in December iPhone X made it into the top three best-selling devices across all key regions, particularly in urban China where it was the top selling model, the pricing strategy seems to have been vindicated."

However, it's not all about Apple, with Sunnebo stating that: "With all the attention focused on Apple, it's easy to overlook the performance of Samsung in the final quarter of 2017.

"In Europe, Samsung gave a very strong performance, with sales share of its smartphones up 2.2% to 31.3%, growing ahead of not just Apple but also Huawei, which has enjoyed a prolonged period of accelerated growth.

"In Spain, local brand BQ is starting to suffer as a result of Xiaomi's official launch, its market share of sales dropping 3.8% to 8.5% in the three months to December."

So, what about the Australia data, courtesy of Tamsin Timpson, Kantar's strategic insight director in the APAC region?

Timpson states: "In the three months ending December 2017, iOS share of smartphone purchasing has increased to 46%, up from 44.9% in the same period of 2016.

"The iPhone 8 and iPhone 8 Plus are the top two selling models over this period, commanding shares of 12.1% and 7.9% respectively. The iPhone X takes fourth place after Samsung’s Galaxy S8.

"In contrast to the iPhone 8/8 Plus young female consumer profile, iPhone X buyers are heavily skewed towards males and more concentrated in the 25-49 age range, with far less reliance on under 25s, where the price is likely to be prohibitively expensive.

"Android share growth has slowed this period, with share up from 52.3% in Dec 2016 to 53.1% in the latest three months. Samsung share is down to 25.6% this period, despite a continuing strong performance from its top selling Galaxy S8 device going into the Christmas period, as well as accelerating sales from its Galaxy Note 8 – Note 8 buyers attract a slightly older male aged 35-49.

"Whilst most of the global Android brands struggle in share terms, Motorola continues its upward trajectory, with share up to 2.5% in December 2017 driven by its Moto G5/G5 Plus devices, placing the brand in fifth position in total smartphone.

"Other brands grew from 11% to 16.6%, with Google’s Pixel 2/ 2XL models driving overall brand share up to 2.4% – recall of TV advertising prior to purchase is particularly strong for these two models, with positive reviews and hearing good things about them playing an important role in the purchase decision."

In the US, Sunnebo tells us that "the handset market continues to be dominated by Samsung and Apple, who reached a combined share of 70.8% in the last three months of the year. However, Motorola and Google have managed to make some inroads, with share up 0.5% and 1.0% respectively to 5.6% and 2.8%".

"Huawei, which suffered a setback just before CES after a deal with a major carrier fell through, stayed flat holding just 0.4% of the US market." 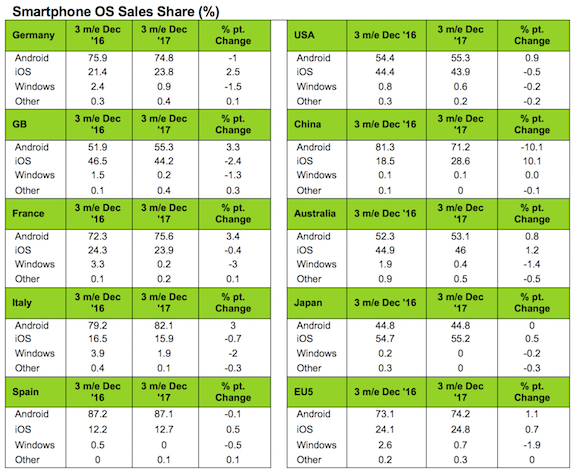 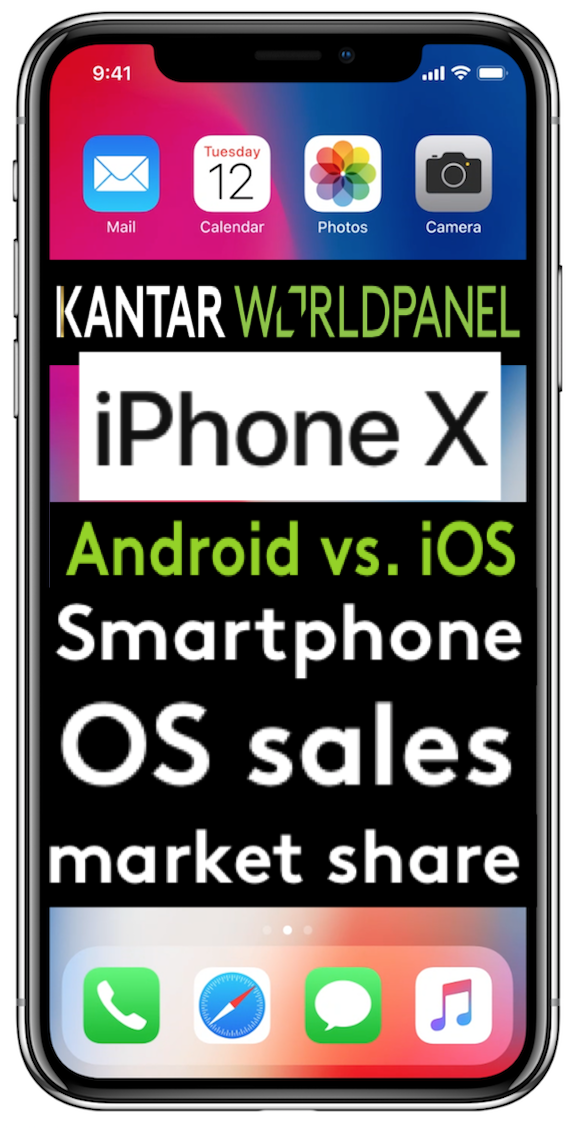 More in this category: « Optus Wholesale gives voice to NBN business-grade voice service Labor planned to play hardball with Telstra before NBN Co set up »
Share News tips for the iTWire Journalists? Your tip will be anonymous