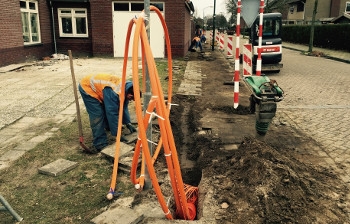 The head of a medium-sized telecommunications firm says Australia's languishing at 50th position when it comes to average global broadband speeds is a reflection of the policy followed to build the national broadband network.

Inabox chief executive Damian Kay said, in response to a query about a recent Akamai study that found Australia was lagging behind when it came to average broadband speeds, that the main reason for the slow speeds was the cost of Connectivity Virtual Circuit throughput.

He pointed to internal advice he had provided to his staff recently, wherein he said, "We have proof that it is the CVC dimensioning by our upstream partners that is causing speed issues and they are admitting it is due to the high price of the CVC throughput."

Kay added, "Morrow is right in that it is not the only thing driving poor speed issues, but given he is not an RSP himself he is out of touch with what is driving RSPs to severely contend services in order to make money.

"There is a land grab in the market, driving retail prices below what they should be to allow a 'fair' margin. Providers like TPG are driving those prices down but overall prices for Internet are ridiculously high."

He said during a recent visit to the US, he had found providers who were selling unlimited 100Mbps services for US$29.95 a month, adding that to even make margins in the mid-teens, Australian ISPs would have to sell it for more than $80.

"So the price of CVC from NBN is driving both high prices for data in Australia as well as RSPs buying as little as possible in order to save costs but giving customers a poor experience as a trade-off," he said.

Mark Gregory, an associate professor in network engineering at RMIT University and a critic of the NBN, said the Akamai figures highlighted the global shift towards fibre networks.

"Australia will find it difficult to improve its global standing for many years to come due to the government's multi-technology mix NBN," he added.

Australia's second largest telco Optus said it did not have any comment to add.

Telstra and TPG were also contacted but are yet to respond to a request for comment.

More in this category: « MyRepublic offers gigabit links at discount in Wollongong VHA takes ACCC to court over domestic roaming decision »
Share News tips for the iTWire Journalists? Your tip will be anonymous